The patient recovered and returned to physical activity after care from Adult Congenital Heart Disease Program at Norton Children’s Heart Institute, affiliated with the UofL School of Medicine. 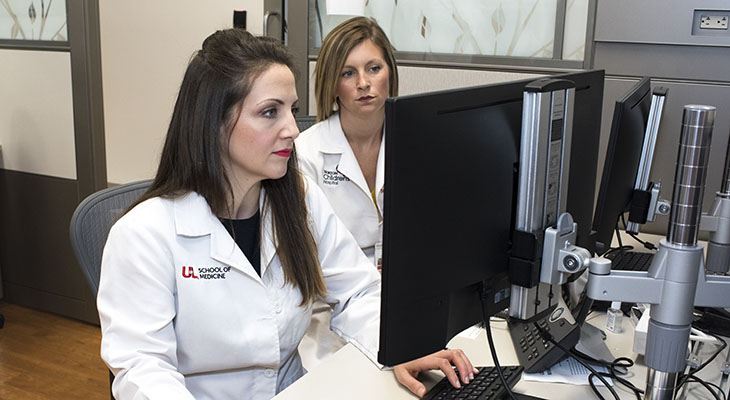 A 33-year-old male presented with a history of a bicuspid aortic valve. He had previously undergone two aortic valve replacements.

The patient first underwent aortic valve replacement in 2009 due to severe aortic insufficiency. A porcine valve was selected due to the patient’s status as a competitive football player. The patient’s recovery for this surgery was successful.

Then, in 2018, the patient started to experience symptoms of significant dyspnea on exertion with orthopnea and decreased functional capacity. He was found to have aortic insufficiency and minor left ventricle (LV) dysfunction. The patient underwent a second aortic valve replacement and was discharged within a week.

During the first post-op follow-up appointment, it was clear the patient’s symptoms had returned. Additional aortic insufficiency was found in the newly replaced valve, along with a perivalvar leak, indicating a bioprosthetic mismatch.

The patient was referred to the Adult Congenital Heart Disease Program at Norton Children’s Heart Institute, affiliated with the UofL School of Medicine.

“The patient and our surgical team chose to proceed with a Ross procedure,” said Dana M. Fentress, APRN, Norton Children’s Heart Institute, Adult Congenital Heart Disease Program. “During a Ross procedure, the diseased aortic valve is removed, followed by removal of the pulmonary valve, which is then moved to the aortic position and the coronary arteries are reattached.”

In the operating room, the patient was cannulated and placed on extracorporeal membrane oxygenation (ECMO). The patient was hospitalized for two months in Norton Children’s Jennifer Lawrence Cardiac Intensive Care Unit.

During the hospital stay, a team of heart and multidisciplinary specialists collaborated to see the patient through two ECMO cannulations, multiple cardiac arrests, end organ damage involving the liver and kidneys, and a tracheostomy due to prolonged intubation. The patient also experienced several ventricular tachycardia (VT) arrests resulting in placement of an implantable cardioverter-defibrillator (ICD). With comprehensive and coordinated care, the patient began to recover. The patient’s hospitalization was followed by six weeks in a rehabilitation facility.

Two years later, the patient is off dialysis. His tracheostomy has been completely removed and reversed, and he is back to working full-time and engaging in physical activity.

Protamine is frequently used during cardiac surgeries. The antigen-antibody response of protamine results in a type one anaphylactic reaction. Protamine anaphylaxis is rare, with incidence reports varying from 0.06-10.6%.

Protamine anaphylaxis is often reported in patients with a previous fish allergy, diabetics that have received protamine zinc insulin or those with previous protamine exposure. This patient had been exposed to protamine twice in previous cardiac surgeries.