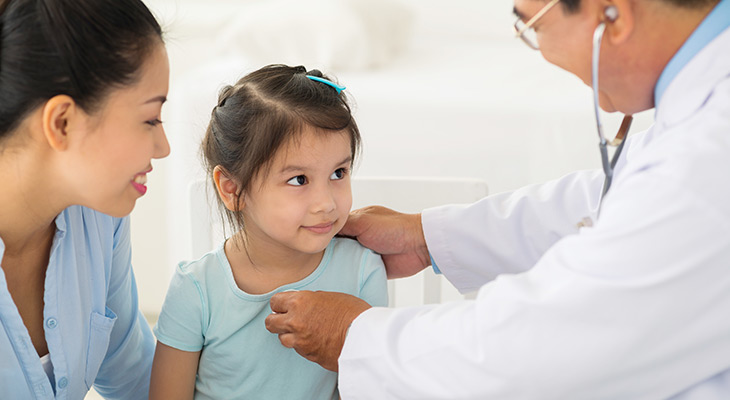 It is important to understand that sometimes a recorded heart rate can confirm if a child or teenager is in supraventricular tachycardia (SVT), but not always.

For any child known to have SVT, his or her heart rate may be fairly consistent during episodes; that is, 12-year-old Melissa’s SVT occurring when she’s playing basketball may be usually 180 to 220 beats per minute, whereas 6-month-old Jaquan’s SVT is usually 240 to 260 beats per minute, even when he’s otherwise resting.

So, how do fast heart rates alone help sort out what’s going on in a child or teen?

The bottom line is that the heart rate during SVT is faster than it would be if the patient were not in SVT. So, if Melissa were sitting at rest and started to feel palpitations, and her heart rate which would usually be 60 to 80 beats per minute was instead greater than 150 to 180 beats per minute, she could well be in SVT.

If little Jaquan was sleeping, maybe breathing a little funny, and his heart rate was too fast to count when you’d expect it to be closer to 110 to 130 beats per minute (which are easily countable), he could well be in SVT.

The challenge comes when the heartbeats seem fast, but the actual heart rate is in that overlap zone between normal heart rates and SVT. That means additional information such as recording the rhythm with an electrocardiogram at the time of tachycardia is necessary to allow the cardiologist to be certain of the underlying cause of tachycardia, and what the next steps should be.

Chris L. Johnsrude, M.D., pediatric cardiologist and electrophysiologist, serves as director of the pediatric arrhythmia service at Norton Children’s Hospital and is an associate professor at the University of Louisville School of Medicine.

Download and print the form to refer a patient to Norton Children’s Heart Institute, affiliated with the University of Louisville. Fax the completed form to UofL Physicians at: