Evidence growing in favor of ablation for atrial fibrillation

Evidence growing in favor of ablation for atrial fibrillation 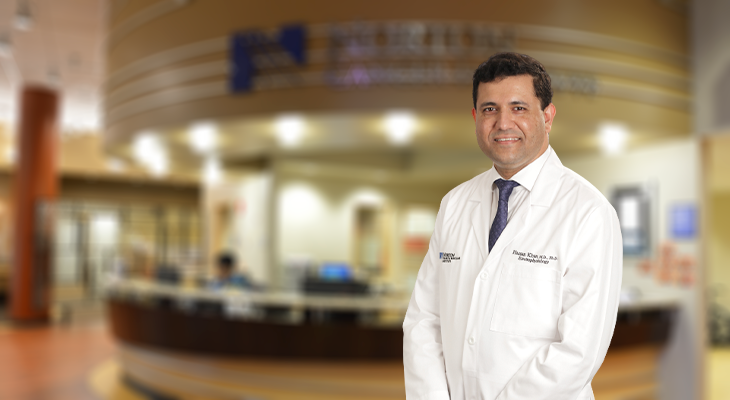 Ablation for paroxysmal atrial fibrillation (A-fib) has been shown to be superior to medical management for the maintenance of sinus rhythm. Now, newer ablation techniques are making the procedure safer, more efficient and effective.

The STOP AF First and EARLY AF trials published in the New England Journal of Medicine in early 2021 showed cryoablation was better than drug therapy for the initial treatment of atrial fibrillation. If the ablation is done early, 75% to 80% of patients remain free of symptomatic A-fib when followed at a year after the procedure.

Advances in electrophysiology are also showing success in the most challenging of cases. In patients with persistent A-fib, eliminating A-fib triggers by injecting ethanol in the vein of Marshall in addition to catheter ablation has shown promising outcomes (VENUS trial). I performed this novel procedure during my electrophysiology training at New York University Langone Health and will be pursuing it at Norton Heart & Vascular Institute to help in cases where focal catheter ablation alone may not be sufficient.

Catheter ablation unfortunately remains remarkably underused. It should be a first-line strategy in A-fib patients — especially those with heart failure since it is associated with a significantly lower rate of death or hospitalization from worsening heart failure than medical therapy alone (CASTLE-AF trial).

We are helping to facilitate patients for catheter ablation through the Norton Heart & Vascular Institute Atrial Fibrillation Clinic, where they also benefit from optimal risk factor management. I believe early referral of patients to the A-fib clinic from their primary care providers will help expedite management of the condition and access to optimal therapies.

Early this year, I authored a study published in the Heart Rhythm journal looking at early catheter ablation for patients admitted for symptomatic A-fib who did not tolerate medications well. What I found was that early ablation was both effective and reduced health care utilization in patients with treatment-refractory A-fib. The health care utilization in these patients was 7.7 days spent in hospital, on average, in the 60 days prior to the ablation and only 0.3 days, in the 60 days following the procedure.

In order to most effectively prioritize early A-fib ablation, patients likely to fail traditional therapies will need to be identified prospectively and clinical pathways established to help facilitate catheter ablation at the earliest.

Implantable cardioverter defibrillators (ICDs) provide a safety net, terminating episodes of VT. However, patients with symptomatic episodes of VT, requiring ICD shocks, can develop post-traumatic stress disorder, and therapies to prevent recurrences with antiarrhythmic drugs or catheter ablation are needed. Drug therapies to prevent recurrent VT may have side effects including thyroid, hepatic or pulmonary toxicities, and often may be ineffective in management of recurrent ICD therapies.

Catheter ablation for treatment of VT largely has been reserved for patients who do not do well with drug therapies, however with improvement in high-density mapping and ablation technologies the success for VT ablation as a first-line therapy may hold more promise. This is reflected in results from recent trials.

The PARTITA trial showed that VT ablation after first appropriate ICD shock markedly reduced ICD shocks for recurrent VT in those having an ablation — 8.7% versus 41.7% in those managed with drug therapy alone. Moreover, these benefits also translated into reduced risk of combined death or worsening heart failure hospitalization in patients randomized to the ablation group. Excellent procedural safety contributed to the favorable outcomes, and there were no procedure-related deaths and no major procedure complications in the PARTITA trial.

The results of PARTITA and other trials show that after an initial episode of sustained VT that warrants ICD implantation, programming should be optimized to minimize ICD shocks. When VT recurs, with appropriate ICD therapy, it is beneficial to consider catheter ablation at that time to prevent further VT, especially for patients with ischemic heart disease.

We are leveraging the latest mapping and ablation technologies at Norton Heart & Vascular Institute for VT ablation to improve the overall survival and quality of life of our patients.

I am deeply invested in using an evidence-based approach to guide best clinical practices and improving outcomes for my patients.