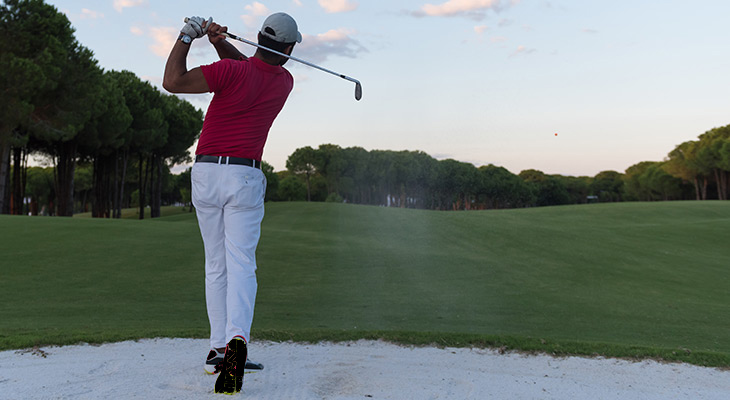 Tiger Woods’ back surgery (Anterior lumbar interbody fusion – ALIF) was performed just less than two years before his comeback victory in the 2019 Masters. The procedure is a less invasive way to repair the L5/S1 – lowest disc in the spine at the pelvis.

Tiger had three previous surgeries to relieve pain in the very bottom of his lumbar spine. The disc was severely narrowed, leading to pain in his back and leg. Conservative treatments with physical therapy and medications were not working.

Because surgeons approach the joint from the abdomen, muscles and nerves in the lower back are spared. The preservation of normal lower back muscle and ligaments has many benefits — particularly in patients with an active lifestyle.

The approach also allows surgeons to restore normal alignment and place bone graft material between the affected vertebrae. The graft material and restored alignment is held in place with an interbody device. Over time, the graft material incorporates, allowing for the lumbar vertebra and the sacrum to grow into a single bone.

Posterior approaches usually allow the graft to be placed across the back of the vertebrae.

To refer a patient to Norton Leatherman Spine, use our
Online referral form

ALIF is one of the more common procedures for Norton Leatherman Spine surgeons, who choose an innovative route to the hard-to-reach L5/S1 disc space. They’ve determined that a transperitoneal approach rather than retroperitoneal provides a more direct route to the disc space with improved efficiency in the operating room and less risk of post-operative complications.

For fusions higher in the spinal column, the vertebrae can be fused from the side. While the L5/S1 fusion is too low on the spine to allow for a lateral approach, others can be reached this way.

Extreme lateral interbody fusion (XLIF) is a procedure that does not involve any cutting of muscle. Instead, tissue planes are dilated with small tubes — allowing for fusion with smaller incisions and quicker recovery. More than 90 percent of patients go home the day after surgery.

Patients routinely are up and around hours after ALIF surgery. Because it takes about three to six months for the graft material to fuse the vertebrae, patients will need to avoid strenuous activity, but must rehabilitate the muscles with supervised exercise.

Patients can resume work as early as a week or two after surgery or months later, depending on their occupation and symptom severity.