Women often can have additional, nonspecific heart symptoms that can cloud the diagnostic picture. 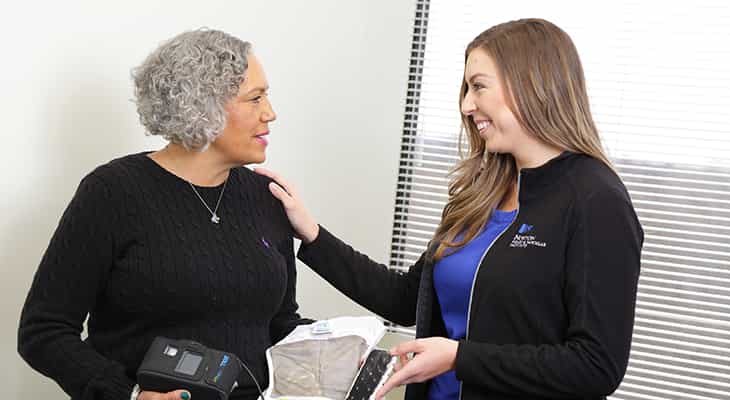 The notion that heart disease is a man’s disease can be misleading. Women are at greater risk for heart disease than men, yet their symptoms more often are overlooked by physicians — and women themselves are twice as likely to write off symptoms of myocardial infarction as stress or anxiety.

“These are very important risk factors that are often under-recognized when women present to a cardiovascular specialist,” Dr. McCants said.

Additional symptoms can cloud the picture

Researchers at hospitals across the United States interviewed approximately 2,000 women and 1,000 men ages 18 to 55 with myocardial infarction as part of the Variation in Recovery: Role of Gender on Outcomes of Young AMI Patients (VIRGO) study. They found striking differences both in presentation and perception. The findings were published in Circulation in 2018.

In the study, 87% of women and 89% of men presented with the hallmark symptom of chest pain — defined as pain, pressure, tightness or discomfort. However, women were more likely to present with three or more other associated symptoms, which could be epigastric discomfort, palpitations, dizziness or other nonspecific symptoms.

These other symptoms sometimes cloud the clinical picture, according to Dr. McCants.

“It’s because it’s not just the classic chest pain, it’s the, ‘Oh, I feel fatigued. Something is just off.’ The description is often more vague, and, as providers, vague symptoms sometimes allow us to shift focus.”

Women in the VIRGO study were almost twice as likely as men to perceive their symptoms as stress or anxiety but less likely to attribute their symptoms to muscle pain, according to Dr. McCants.

More troubling, according to Dr. McCants, about 29.5% of women sought medical care before their acute episode, and 53% of women reported that their provider did not think these symptoms were heart-related, compared with 37% of men.

“To me, this is the most concerning point. As providers, we often have warning signs, and in the  VIRGO study, the women presented to their provider prior to their acute myocardial event and still, their provider was not in tune with their symptoms,” Dr. McCants said.

This oversight came even though women in the study were twice as likely as men to be already experiencing congestive heart failure, more likely to have diabetes and more likely to be obese with a body mass index greater than 30.