The patient resumed normal sinus rhythm, and her left ventricle function normalized. Her quality of life has improved dramatically, and she is back to doing the activities she loves. 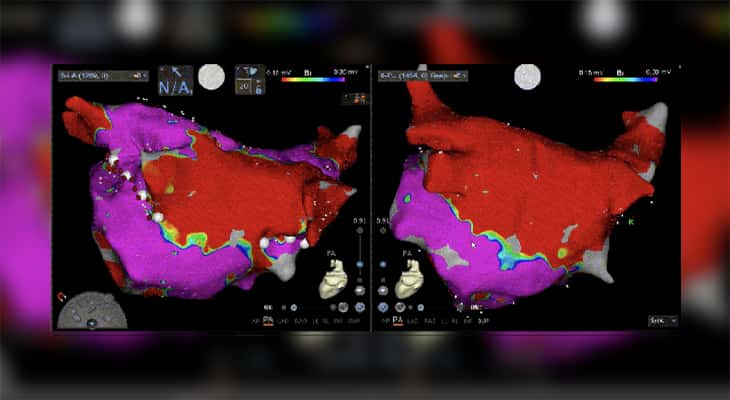 A woman presented to Norton Audubon Hospital with shortness of breath and dizziness and was noted to be in new-onset atrial fibrillation (A-fib). She underwent immediate cardioversion but had recurrent A-fib and then was placed on flecainide with a repeat successful cardioversion. Her echocardiogram showed normal left ventricular function. 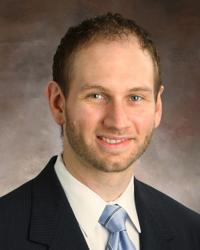 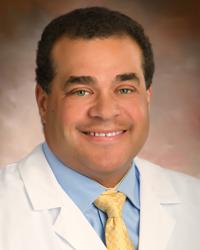 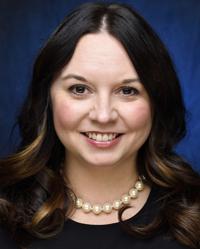 The following day, the patient returned to the hospital with abrupt return of dyspnea and was found to be in acute pulmonary edema. Echocardiogram showed her ejection fraction had dropped to 33%. Her flecainide was stopped and she was placed on guideline-directed medical therapy for heart failure and given a LifeVest, an external, wearable defibrillator to protect from sudden cardiac arrest. She also was placed on amiodarone but unfortunately developed severe side effects warranting cessation. Her A-fib became persistent once the amiodarone was stopped.

She was seen in the Norton Heart & Vascular Institute A-fib Clinic, and options were discussed with her, which included referral for a hybrid ablation for A-fib.

Hybrid ablation for A-fib is a two-stage procedure involving ablation along the epicardial and endocardial surfaces of the left atrium. Steven Peterson, M.D., cardiothoracic surgeon with Norton Heart & Vascular Institute, completed the first stage, an epicardial ablation along the posterior left atrial wall via a subxiphoid approach. The second stage is a standard endocardial catheter ablation performed by a cardiac electrophysiologist — in this case, Kent E. Morris, M.D., MBA, electrophysiologist with Norton Heart & Vascular Institute. The patient was in favor of this approach and has successfully completed both stages of the procedure. 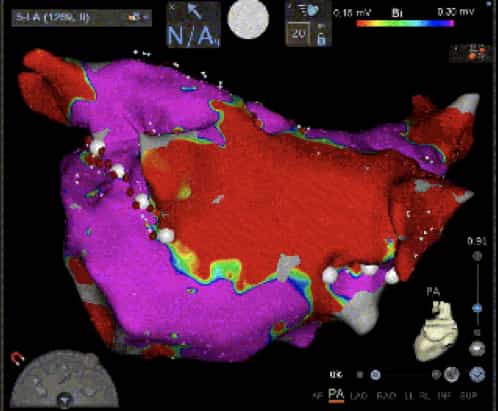 Electrical isolation of the left atrium including the posterior left atrial wall and the pulmonary veins after the first stage. Red indicates silenced electrical signals. 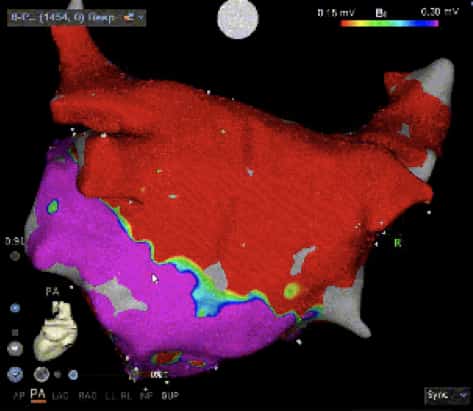 After the second, endocardial stage.

The patient resumed normal sinus rhythm, and her left ventricle function normalized. She no longer requires the use of the LifeVest and has been able to come off of several of her medications. Most important, her quality of life has dramatically improved, and she is back to doing the activities she loves.

The hybrid ablation is a highly effective option for patients with persistent atrial fibrillation that is refractory to other treatment options and highlights the collaborative approach at Norton Heart & Vascular Institute between cardiac electrophysiology and cardiothoracic surgery in order to maximize patient outcomes.