OB/GYN returns to Bardstown to practice in her hometown

OB/GYN returns to Bardstown to practice in her hometown

Amy Farrell, M.D., missed having her own patients and is thrilled to be serving her hometown and surrounding counties, seeing many of the same patients. 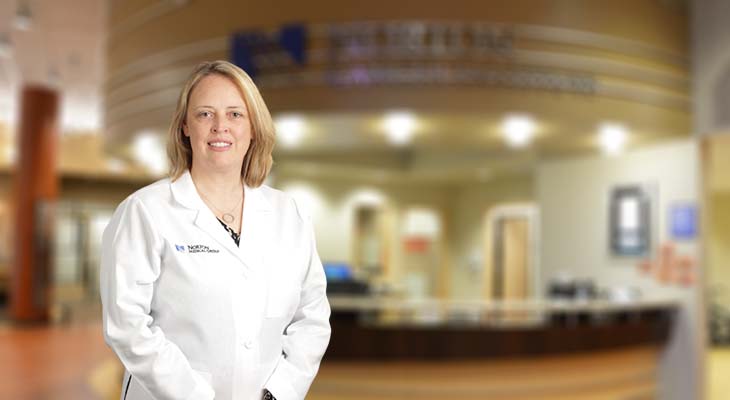 Dr. Farrell grew up in Bardstown, went to Bardstown High School and cheered for the Tigers before heading to college and medical school.

“I think it’s a wonderful community to raise children and to live, with access to the bigger cites and still having that small-town community environment,” said Dr. Farrell, who is married with three sons.

Dr. Farrell was an OB/GYN at a local hospital in Bardstown for a decade before joining Norton Healthcare as a hospitalist at Norton Women’s & Children’s Hospital.

She missed having her own patients and is thrilled to be back serving her hometown and surrounding counties, seeing many of the same patients.

“It’s wonderful. I’m excited to see my own patients again and to be back in the community practicing medicine,” Dr. Farrell said.

The practice that Dr. Farrell joined, Total Woman, a Part of Norton Women’s Care, is based in Louisville and has 10 female physicians including Dr. Farrell. It also has two nurse practitioners and a physician assistant.

Dr. Farrell welcomes the ability to provide OB/GYN care to Bardstown patients locally while also having easy access to the advanced care offered by Norton Healthcare and Norton Children’s.

To refer a patient to Norton Women’s Care, visit Norton EpicLink and open an order for Obstetrics / Gynecology.

Dr. Farrell sees patients from adolescents through menopause and beyond. According to Dr. Farrell, a goal is to put patients at ease.

“That relationship with your patient is an important one, where you want them to feel comfortable talking about anything involving female health issues,” Dr. Farrell said.

Allowing patients to see a Norton Women’s Care OB/GYN locally also makes life easier for her patients, especially during pregnancy. Patients see their obstetrician once a month for the first two trimesters of pregnancy, every two weeks for most of the last trimester, and weekly during the final month before delivery.

Having an obstetrician who is local means patients can take an hour off work, instead of needing to take the whole day off.

Dr. Farrell attended the University of Louisville School of Medicine and did her OB/GYN residency training at Saint Louis University in Missouri. When she is not working, Dr. Farrell said she enjoys traveling and spending time with her family.

Dr. Farrell said she is thrilled to begin this new chapter in her life in a place that means so much to her.

“I’m excited to bring Norton Healthcare women’s services, which has such a great reputation for quality care, to my community,” Dr. Farrell said.