When to start screening earlier than age 45 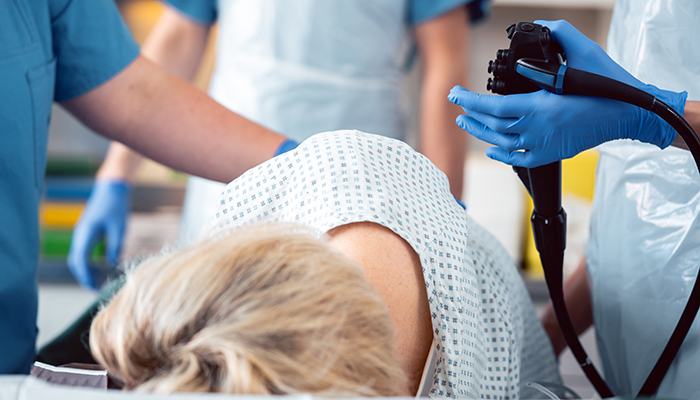 The starting age for screening for the average person with no risk factors is now 45, five years earlier than the previous recommendations.

Screening should begin 10 years before a relative’s age at cancer diagnosis.

“If your family member had cancer at 50, you should be screened at 40; and if you have multiple relatives, even primary first-degree relatives with polyps, it’s recommended you start now at 40 for just screening,” said Ryan K. Jones, M.D., colon and rectal surgeon with Norton Surgical Specialists – Colorectal Health.

Patients with inflammatory bowel disease such as ulcerative colitis and Crohn’s disease face a higher risk and also need to begin screening earlier.

Thanks to screening, overall incidence of colon cancer is decreasing, but for people under 50 colon cancer is increasing, according to Michelle Julien, M.D., colon and rectal surgeon also with Norton Surgical Specialists – Colorectal Health.

Family history is a major risk factor, with closer relatives conferring higher risk. Other risk factors include the so-called Western diet, obesity, heavy alcohol use and smoking. More than 60% of colon cancer cases are sporadic.

Traditional colon cancer screening guidelines called for tests at 10-year intervals because that is approximately how long it takes from initiation of cell changes to becoming cancerous.

Some patients need to be screened more often. For example, having polyps previously raises the risks of having polyps again and requires more frequent screening, according to Dr. Jones.

The gold standard for screening is a colonoscopy with a full bowel prep because you can screen, diagnose with a biopsy and treat at the same time.

Flexible sigmoidoscopies are within guidelines under certain circumstances but would require more frequent testing and immunohistochemical fecal tests.

Flexible sigmoidoscopies are better suited to younger patients, particularly in the 40- to 45-year-old range, because most of the cancers in this demographic tend to be on the left side, according to Dr. Julien.

Pros and cons of noninvasive tests

Cologuard is a popular fecal test that can be done at home, but has a poor sensitivity, potentially missing 50% of even advanced polyps or adenomas and offering false assurances even if the test is done every three years.

Other noninvasive tests that can be done at home are fecal immunochemical (FIT) test, fecal occult blood tests and stool DNA testing. Of these, the stool DNA test is considered the best of the lesser options, with a detection rate of more than 90% for having a cancer.

Positive results on any of these tests still means a colonoscopy for evaluation and possible treatment.

“At the end of the day, if it’s a positive fecal test, you’re still going to have to go down the road of needing a colonoscopy,” Dr. Julien said.

Insurance coverage typically is only for one screening modality annually, meaning a colonoscopy following a positive Cologuard or other test would be considered a diagnostic and therapeutic intervention, not a screening, according to Dr. Julien.

Use Norton EpicLink to quickly and easily refer a patient to Norton Surgical Specialists – Colorectal Health.

Computed tomography (CT) colonography has a high sensitivity, but requires a bowel prep like a colonoscopy and, like the fecal tests, requires treatment with a colonoscopy if it shows any abnormalities. It also can be uncomfortable because air is put in the colon.

For patients who have a primary or secondary relative diagnosed with either polyps or colon cancer, only a colonoscopy is recommended.

Traditionally, screening stopped at age 80, but it has become more targeted to the individual.

“My personal rule of thumb is that screening should be done on anyone you can intervene upon,” Dr. Jones said.

An example, he said, would be a healthy 80- to 85-year-old who is expected to live another 10 or more years. This patient would be screened because the patient would undergo a surgical excision for early cancer or large polyps.

On the flip side, a 65-year-old would not receive screening if that patient was at high risk from a pulmonary standpoint because the patient might not tolerate sedation, according to Dr. Jones.

“The guidelines have gotten away from a specific age, and I think it’s more of a patient-based decision,” Dr. Jones said.