Variety of surgical offerings for A-fib

Variety of surgical offerings for A-fib 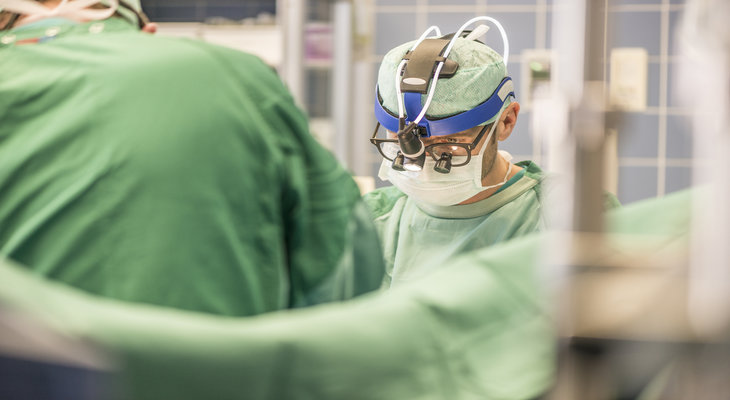 A variety of procedures are available for A-fib patients.

Norton Heart & Vascular Institute offers a Convergent procedure for A-fib patients with longstanding, persistent symptoms who either are not suitable for ablation or have had unsuccessful ablations.

Patients who have more persistent A-fib and continue to be symptomatic would be good candidates for the Convergent procedure.

“This procedure offers a better chance for success for patients who didn’t have many options before,” Dr. Peterson said. “A full thickness burn gives us the best chance of eliminating all the potential triggers of atrial fibrillation.”

The surgical portion of a Convergent procedure involves making an incision the width of two fingertips underneath the rib cage. The surgeon then uses radiofrequency energy to ablate the epicardial surface of the posterior left atrium.

For the ablation inside the heart, the electrophysiologist inserts a catheter in the groin, then using either radiofrequency or cryotherapy, ablates inside the left atrium.

Patients can expect to be in the hospital for three to four days following the initial surgical portion of the procedure, and one night following the second ablation procedure.

The Watchman implant procedure takes place in an electrophysiology lab under general anesthesia and lasts about an hour. The implanting physician inserts a catheter through the groin and into the left atrium. The device is deployed into the left atrial appendage with the assistance of transesophageal echocardiography, intracardiac echocardiography and fluoroscopy. The patient stays one night in the hospital following the procedure.

“This implant provides physicians with a breakthrough stroke-risk reduction option for patients with nonvalvular A-fib,” said Kevin M. Thomas, M.D., electrophysiologist, Norton Heart & Vascular Institute Heart Rhythm Center. “For patients with nonvalvular A-fib who are seeking an alternative to warfarin, the Watchman implant offers a potentially life-changing treatment option that could free them from the challenges of long-term medication therapy.”

A-fib patients with an existing need for heart surgery can undergo a maze procedure.

During a maze procedure, a surgeon uses both cryotherapy and radiofrequency to create multiple lesions in both the right and left atria to block the erratic signals associated with A-fib. Once the lesion set is completed, patients have a high chance of successful long-term maintenance of sinus rhythm.

For patients who have a CHA2DS2-VASc score of 3 or higher, have had a previous bleed or have some other reason they shouldn’t be on blood thinners, specially trained cardiologists can insert a Watchman device. This implantable device occludes the left atrial appendage, which potentially would eliminate the need for long-term anticoagulation.

Norton Heart & Vascular Institute now offers Micra, a tiny, single-chamber pacemaker about the size of a vitamin capsule. Micra has no external leads, batteries that last 12 years, and is implanted directly in the heart via a vein in the leg.

“The Micra is the first quantum leap in pacing technology since probably about 1965,” said Michael J. Springer, M.D., electrophysiologist, Norton Heart & Vascular Institute. The Food and Drug Administration approved Micra for use in the United States in April 2016.

Implanting a traditional pacemaker has a higher risk of infection and also runs the risk of leads fracturing or having other issues over time, according to Dr. Springer.

“We don’t want to give anyone the idea traditional pacemakers are not good devices. They’ve been around for a long time and they work very well,” Dr. Springer said. “There are patients for whom the Micra is a much better option.”

For example, patients with A-fib or who need only occasional pacing can have single-chamber pacing and are well suited for Micra.

Others who could benefit from Micra are patients with a venous anatomy that makes traditional pacemaker implantation difficult or impossible, patients who have occluded veins as a result of chest surgery or another issue, and dialysis patients who need to preserve upper extremity veins for potential dialysis shunts.

After a year or so, the Micra becomes covered with scar tissue, making it less likely to become infected than a standard pacemaker with wire.

You can make an online referral here, select cardiology, and reason for referral, note “electrophysiology.”