Getting teenagers’ buy-in to wear their scoliosis brace 16 to 18 hours a day can be the biggest challenge in avoiding surgery. 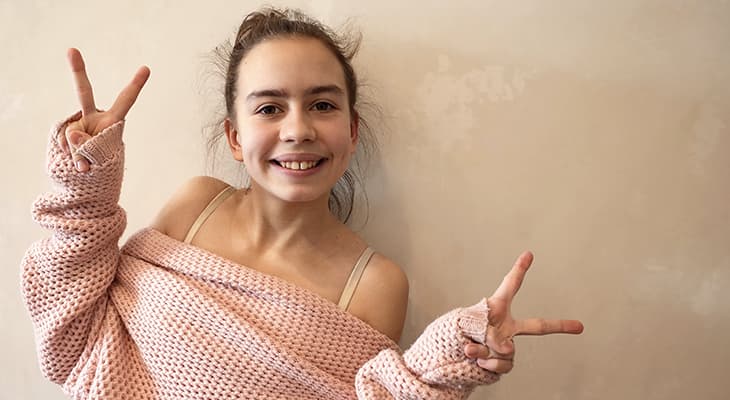 Bracing can significantly decrease the progression of idiopathic adolescent scoliosis and can prevent the need for surgery in teenage patients who wear the brace for 16 to 18 hours a day, according to an orthopedic surgeon at Norton Children’s Orthopedics of Louisville, affiliated with the UofL School of Medicine.

“Bracing is appropriate if the scoliosis curve is 25 to 45 degrees and the patient is still growing as measured by the Risser sign and, if it’s a close call, the more accurate Sanders classification,” Kent L. Walker, D.O., pediatric orthopedic surgeon with Norton Children’s Orthopedics of Louisville, said in a recent continuing medical education opportunity.

The standard brace is the thoracolumbosacral orthosis (TLSO) brace. Custom fabricated, the TLSO covers from just below the collarbones and armpits to the hips, is held in place with straps and can be worn under loose clothing.

Other braces include the Boston Brace 3D and the Rigo Cheneau brace.

“The most important thing to tell the family and the patient is it’s not to make the curve better,” Dr. Walker said. “It’s to stop the progression of the curve.”

As an adjunct, the Schroth method, a type of physical therapy, works on the specific muscles affected by scoliosis.

“Patients who do the Schroth therapy seem more likely to wear the brace. It becomes a symbiotic relationship,” Dr. Walker said.

Use Norton EpicLink to quickly and easily refer a patient to Norton Children’s Orthopedics of Louisville.

How long each day to wear the brace

The Bracing in Adolescent Idiopathic Scoliosis Trial (BRAIST study), first published in the New England Journal of Medicine, found bracing for 16 to 18 hours a day had 90% success in stopping the curve from progressing to the point that surgery is needed. The BRAIST study implanted heat sensors in the braces to measure how long each day each brace was actually worn.

The study showed such convincing results it was ended early so the control group, who were merely being observed, could benefit from the findings.

The brace is worn until the child stops growing, which could be a couple years.

Often, deciding whether to wear the brace or not is one of the first decisions these teenagers get to make, according to Dr. Walker. With the support of their physicians and those close to them, bracing can prevent major surgery.

An understanding family can make a big difference. Just being there for the child as a supporter can make the day-to-day reality of wearing a brace easier.

Families can encourage the child to come to them when things get tough — and promise just to listen; parents shouldn’t jump in with solutions unless they’re asked.

Working with the child, incentives can be put in place including the occasional “night off” for important events, like a dance or a beach day.