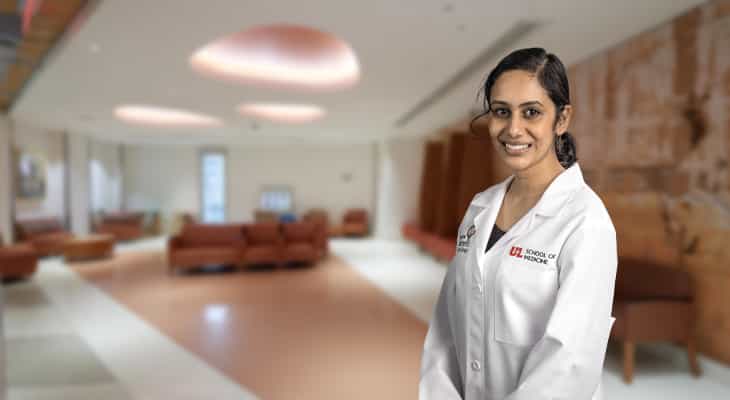 Osteogenesis imperfecta (OI) is a clinically heterogeneous, heritable disorder characterized by increased bone fragility with a predisposition to fractures, low bone mass, bone deformities and short stature. It affects an estimate 1 in 10,000 to 1 in 20,000 live births.

“There are highly variable presentations and a spectrum of severity that are present in osteogenesis imperfecta,” said Prasanthi Pasala Gandham, M.D., a pediatric endocrinologist with Norton Children’s Endocrinology, affiliated with the UofL School of Medicine.

About 1,500 mutations have been identified that cause OI; 90% of them are autosomal dominant mutations in genes encoding Type 1 collagen, specifically the COL1A1 and COL1A2 genes. These genes encode for chains involved in forming the collagen molecule’s triple helix.

Over the past 10 to 15 years, a number of non-collagenous, OI-causing mutations have been discovered. The vast majority of these will cause recessive forms of osteogenesis imperfecta.

Extraskeletal manifestations of OI include hearing loss, which can affect people with all Sillence types of OI. Hearing loss can be either conductive or sensorineural in nature. Treatment for hearing loss in those with OI consists in either stapedectomy or, in those who have sensorineural loss, a cochlear implant.

Cardiac manifestations also occur with OI. These include valvular disease, most commonly valvular regurgitation, and aortic root dilatation. Echocardiograms often will reveal impaired diastolic functions, which are thought to be the result of increased stiffness of the myocardium.

In addition to dentinogenesis imperfecta, OI results in high incidence of malocclusion, impaction of the teeth and delayed or accelerated tooth eruption.

Treatment of osteogenesis imperfecta requires a multidisciplinary approach. Physical therapy (PT) and rehabilitation are cornerstones of treatment for these children, with the goal being to maximize gross motor function and activities of daily living. Individual places will be created based on a child’s capacity and abilities at any given point in time.

Orthopedic surgery is the mainstay of therapy, especially in children who have severe forms of OI — such as those who have fractures either at birth or in the early stages of infancy. These children often will require either osteotomies or placement of intramedullary rods to improve quality of life and mobility. Complications from surgery include either migration or nonunion of osteotomies.

The primary medical intervention utilized in OI is bisphosphonate therapy. Observational and retrospective studies have demonstrated pronounced decreases in pain and increases in mobility, activity and ability to complete activities of daily living.

While more randomized  controlled trials are needed in this patient population, the improved mobility, decreased pain and the effect that bisphosphonate therapy has had on ability to complete physical therapy have significantly improved the quality of life in children with osteogenesis imperfecta.

Use Norton EpicLink to quickly and easily refer a patient to Norton Children’s Endocrinology.