Patients in the latest trial for the drug Trikafta showed the same positive results as older patients. 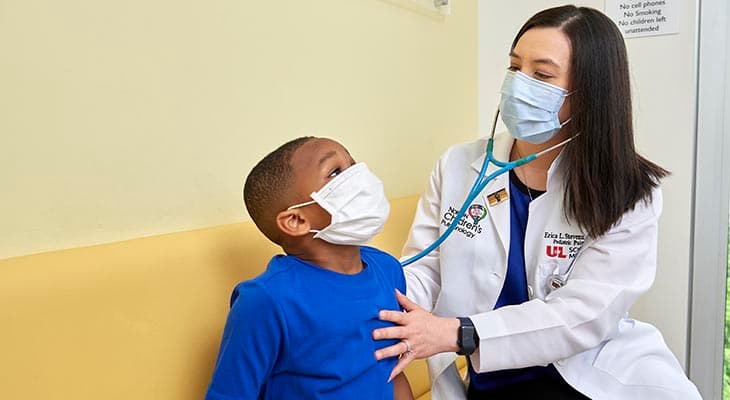 A new cystic fibrosis treatment is now available for children ages 6 to 11. The drug Trikafta was previously prescribed only to children 12 and older.

In June, the Food and Drug Administration approved Trikafta (a three-drug combination of elexacaftor, ivacaftor and tezacaftor) after clinical trials with younger patients showed the treatment generally had the same positive results as experienced by older patients.

Trikafta is prescribed for patients who have at least one F508del mutation in the cystic fibrosis transmembrane conductance regulator (CFTR) gene. An estimated 90% of people with cystic fibrosis have the particular mutation.

“Patients 12 and older have seen meaningful changes in their lives after taking Trikafta,” said Scott G. Bickel, M.D., pediatric pulmonologist with Norton Children’s Pulmonology, affiliated with the UofL School of Medicine. “Now we can reach out to children who weren’t previously eligible and target the cause of the disease.”

How Trikafta for cystic fibrosis works

In patients with cystic fibrosis, the amount of water and salt in many areas of the body is unbalanced. As a result, cellular surfaces can’t absorb water, causing thick and sticky mucus that clogs various passageways in the lungs, digestive tract and other parts of the body. This leads to severe respiratory and digestive issues.

Use Norton EpicLink to quickly and easily refer a patient to Norton Children’s Pulmonology.

Side effects of Trikafta

Some patients taking Trikafta experienced mild to moderate cough, headache and fever. The treatment sometimes increases cough for several days as old, built-up mucus is “purged” from the airways. After a few days, the cough and baseline cystic fibrosis respiratory symptoms typically improve significantly. Patients will need to have a blood test to monitor their liver function. An annual eye exam is also required.

Children who begin taking Trikafta will continue with other daily treatments to manage symptoms of the disease. Any changes to medications or treatments should be done in conjunction with the care team.