Dementia care for communities of color

Dementia care for communities of color

Many groups don’t have access to quality memory care: here’s what we’re doing about it 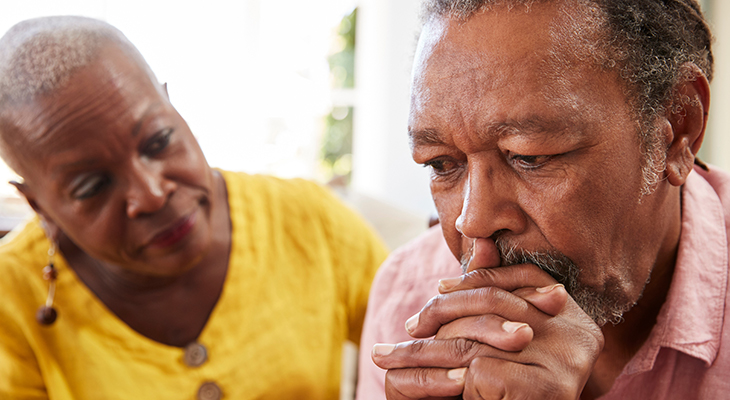 Dementia is an umbrella term that includes a range of symptoms associated with cognitive decline. Perhaps one of the best known and most common types — Alzheimer’s dementia — represents 60% to 80% of all dementia. It’s characterized by memory loss and, from a biological perspective, amyloid plaques, neurofibrillary (tau protein) tangles and neurodegeneration, which all influence memory.

Disparities in memory and dementia care

The Alzheimer’s Association commissioned a special report last year on race, ethnicity and Alzheimer’s disease and found some interesting results. The report included two nationwide surveys of U.S. adults and Alzheimer’s caregivers. The surveys included Asian, Black, Hispanic, Native American and white respondents, and the findings illuminated their understanding of the disease, access to care and support services and overall trust in health care. Perhaps most interesting were the respondents’ perceptions of discrimination and experiences of discrimination when seeking dementia care.

In his role at the association, he oversees strategic initiatives to strengthen the association’s outreach to all populations and provide communities with resources and support to address the Alzheimer’s crisis.

“If getting a proper and timely diagnosis is the most fundamental factor for everyone … and there’s discrimination in the health care system, then we’ve got our work cut out for us,” Carl said. “It’s a call to action for all of us who want to reduce these disparities.”

Older Black and Hispanic Americans disproportionately are affected by Alzheimer’s. African Americans are twice as likely as older whites to have Alzheimer’s or another dementia. Hispanic/Latinx Americans are 1 1/2 times more likely to have dementia.

“The determinants of health — the factors that lead to these disparities — are multilevel,” Carl said. “A fundamental factor for these disparities is access to quality health care and being able to get a proper and timely diagnosis. It’s critical to diagnose early, because not all of the symptoms of cognitive decline are stable; some can be reversed, and some are not truly dementia. There could be opportunities to slow this cognitive decline so that people may not go into a mild or severe dementia as quickly.”

Further results of the report include:

“Besides the barriers to care, perceived or otherwise, there is a lack of representation in clinical trials,” Carl said. “The most recent medication that [was] approved as a disease-modifying medication, aducanumab, 97% of clinical trial participants in that study were white, meaning 3% were of other ethnic ethnicities.”

What can be done about disparities in health care?

The Alzheimer’s Association supports the Equity in Neuroscience and Alzheimer’s Clinical Trials  (ENACT) Act, introduced in Congress in 2021. Among other goals, this would authorize $60 million per year for five years to the Alzheimer’s Disease Research Centers, which are funded by the National Institute on Aging, to do more with inclusion.

“This will expand access and outreach to underserved communities with resources, and provide resources to hire a clinical trial that represents the communities and the populations that we’d like to serve and include,” Carl said.

Another facet of ENACT would support inclusion science.

“We will evaluate in a local geographic perspective what are the barriers and, sometimes, what are the accelerators for participation,” Carl said. “For example, what keeps African Americans from participating here in Louisville may be very different from what participation looks like in my hometown of Atlanta.”

The ENACT legislation would provide resources for engagement researchers to evaluate the best strategies to be more inclusive.

“As clinicians, we have to be mindful of the stigma around dementia, as well as those barriers to care, such as access,” said Monalisa M. Tailor, M.D., internal medicine physician with Norton Community Medical Associates. “We need to normalize the conversations around memory care. We need to understand patients’ specific barriers to care. For example, they might not have time or resources to get from their home at one end of town to see a specialist at the other end of town. How can we, as their primary care physician, accommodate and educate, knowing their situations? I think that’s where we can start in our own exam rooms.”