In addition to asthma, cystic fibrosis, and other respiratory ailments, Dr. Bickel treats chronic lung disease in premature babies and more complicated cases such as children on ventilators at home. 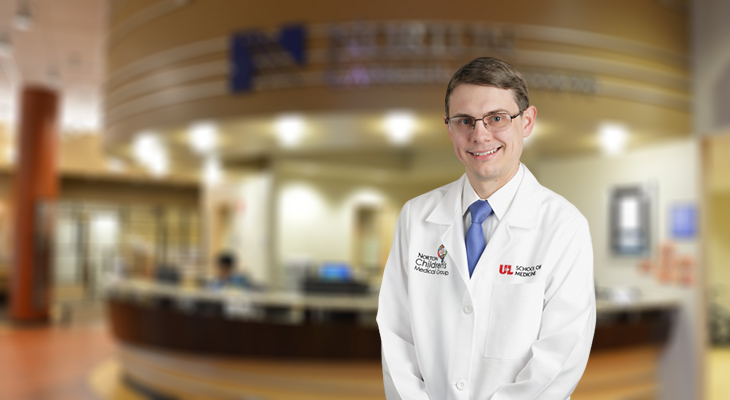 Scott G. Bickel, M.D., had received an undergraduate degree in computer science when he decided he’d rather be interacting with patients than computer screens.

Now a board-certified pediatric pulmonologist with Norton Children’s Pulmonology, affiliated with the UofL School of Medicine, Dr. Bickel devotes much of his work to cystic fibrosis, pulmonary function testing, medical education and the optimization of asthma care. He has been practicing at Norton Children’s as an attending physician since 2016.

Dr. Bickel said he was drawn to pediatric pulmonology because of the bonds he is able to develop with children and their families. His goal is helping kids accomplish whatever goals they set for themselves.

“What motivates me is seeing kids play sports who maybe weren’t able to, helping kids with complicated medical needs have long, healthy productive lives to the best of their ability, and helping families through that journey,” Dr. Bickel said.

In addition to asthma, cystic fibrosis, and other respiratory ailments, he treats chronic lung disease in premature babies and more complicated cases such as children on ventilators at home. He also performs flexible bronchoscopies and other procedures.

As part of our commitment to better access to our pediatric specialists, when you make a referral to Norton Children’s Pulmonology the patient will have an encounter within seven business days.

“One of the nice things about what I do is there’s always so much variety from day to day,” Dr. Bickel said.

In addition to treating patients, Dr. Bickel is an assistant professor of pediatrics at the University of Louisville School of Medicine and is the associate fellowship director for the Division of Pediatric Pulmonology.

“We hope these drugs will lead to improved long-term outcomes, including a better quality of life and increased life expectancy,” Dr. Bickel said.

Dr. Bickel is an active member of the Norton Children’s Hospital asthma task force and is involved with a number of ongoing research projects, including National Institutes of Health- funded grants. He has published in peer-reviewed journals on the clinical applications of impulse oscillometry, pediatric medical education and barriers to adherence to asthma treatment plans.

A Louisville native, Dr. Bickel initially expected to have a career in computer engineering when he graduated from Ohio State University in Columbus.

“While I enjoyed the problem-solving involved with computer science, I felt like I was sitting in front of a computer too much. I wanted to interact more directly with people,” Dr. Bickel said. “I spent a lot of time volunteering at the hospital at Ohio State. I shadowed many physicians, and I liked what I saw.”

Dr. Bickel attended medical school and completed his pediatric residency and pulmonology fellowship at the University of Louisville, where he became the first pediatric pulmonology fellow in Kentucky. He also has a Master of Science in clinical investigation sciences from the University of Louisville School of Public Health and Information Sciences.

Dr. Bickel is certified by the American Board of Pediatrics, with certification in both general pediatrics and pediatric pulmonology.

When he’s not working, Dr. Bickel enjoys following Ohio State sports and spending time with his wife and two daughters, ages 6 and 8. 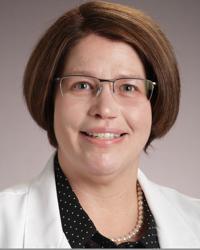