Adolescents at ‘unique risk’ for STIs

Adolescents at ‘unique risk’ for STIs

The adolescent patient population has a higher exposure to sexually transmitted infections, with a lower chance of diagnosis and treatment — putting them at risk of several severe health consequences. 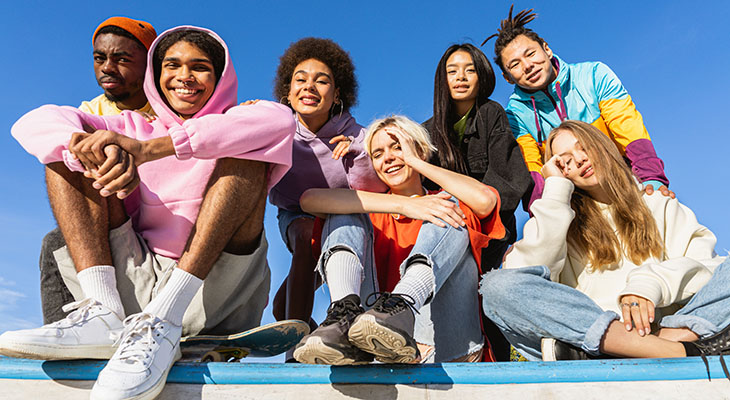 Young people ages 15 to 24 account for at least half of all sexually transmitted infections (STIs) in the United States, despite only making up around 25% of the population, with higher numbers of infections reported among adolescents since the beginning of the COVID-19 pandemic. Rates of syphilis, chlamydia, gonorrhea and HIV are increasing among this patient population.

“Adolescents are at unique risk for STIs,” said Julianne V. Green, M.D., Ph.D., pediatric infectious diseases physician with Norton Children’s Infectious Diseases, affiliated with the UofL School of Medicine. “We know that behaviorally, they’re more likely to engage in high-risk sexual behavior, such as multiple concurrent partners or lack of condom use.”

The adolescent patient population has a higher exposure to STIs with a lower chance of diagnosis and treatment, putting them at risk for several severe health consequences: chronic pelvic pain, infertility, miscarriage (or even newborn death), HIV infection, genital/oral cancers, and in severe cases, neurological or rheumatological effects. Adolescents who become pregnant can spread the risk to babies via congenital HIV or syphilis.

Adolescents are less likely than adults to access and use sexual health services, and only a small number (10% to 15%) of sexually active high school students are being tested for STIs.

Rates of STIs disproportionately affect minority patients. According to the Centers for Disease Control and Prevention (CDC), STI rates for racial and ethnic minorities were up to eight times higher compared with white patients, with the highest rates among African American patients. These disparities are driven by various social and economic barriers, including poverty, lack of health care and lack of access to care, which result in worse outcomes.

Reducing STIs among adolescents requires access to testing and treatment, including the CDC guidelines for STI screening. Education regarding safe sex practices can help prevent STIs. The American Academy of Pediatrics recommends providers have time alone with adolescent patients (with parents out of the room) to assess sexual behavior.

“This can double the likelihood that adolescents are screened for an STI versus asking when the parents are in the room,” Dr. Green said.

To reduce rates of HIV among adolescents, the oral medication Truvada (emtricitabine and tenofovir disoproxil fumarate) can be used as preexposure prophylaxis (PrEP) in combination with safer sex practices. These patients do not have HIV but have risks that include having sex without condoms, having a current or past STI, or not knowing the HIV status of sex partners.