More males with eating disorders; risk factors and diagnosis guidelines for all patients

More males with eating disorders; risk factors and diagnosis guidelines for all patients

Males tend to have both a different type of body image distortion and different body image goals. Instead of focusing on thinness, they focus on bulking up. 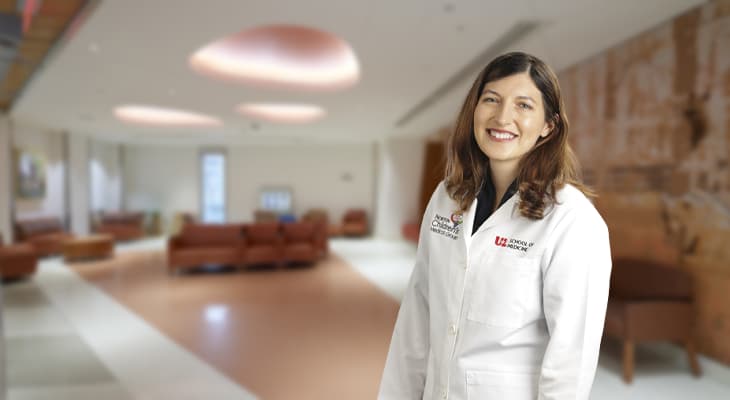 Males tend to have both a different type of body image distortion and different body image goals. Instead of focusing on thinness, they focus on bulking up, with highly defined muscles, to gain muscle mass while getting rid of fat tissue, according to Dr. Badal.

Differentiating young men involved in sports and those engaged in disordered eating that interferes with their growth and development takes finesse, according to Dr. Badal.

Disordered eating is also increasing among those in lower socioeconomic groups and among older patients.

Anorexia nervosa is a restriction of food intake leading to weight loss, typically resulting in significantly low body weight based on the patient’s growth curves and prior development.

“There’s also this aspect of a fear of becoming fat or a fear of gaining weight,” Dr. Badal said.

Anorexia is associated with higher rates of suicidality and mortality and, among all psychiatric illnesses, has one of the highest rates of morbidity. Young people ages 15 to 24 diagnosed with anorexia nervosa have 10 times the risk of dying compared with their peers. Approximately 5% of individuals with anorexia nervosa die from the disorder, with half of the deaths occurring as the result of suicide.

In the general population, the prevalence of anorexia at any given time is estimated at 1% to 2% among females and 0.1% to 0.3% among males. However, an eight-year study following almost 500 females found 5% met the criteria for anorexia, bulimia or binge eating at some point.

Bulimia nervosa involves binge eating with an inappropriate compensatory behavior, such as excessive exercise (sometimes called hypergymnasia) or purging via vomiting or laxatives, with the binge eating and compensatory behavior occurring at least once a week for three months, according to criteria in the Diagnostic and Statistical Manual of Mental Disorders (DSM-5).

Bulimia nervosa goes significantly underdiagnosed because it is not accompanied by the same rapid weight changes or weight loss as anorexia nervosa, according to Dr. Badal.

A patient who meets three of these five criteria once a week for three months, without the ongoing and inappropriate compensatory behaviors associated with anorexia nervosa or bulimia nervosa, is considered to have binge eating disorder, according to the DSM-5.

Patients who meet criteria for anorexia nervosa may have some behaviors related to binge-eating or compensatory behaviors around purging or increased exercise levels. They typically are not diagnosed with anorexia nervosa and bulimia nervosa at the same time, according to Dr. Badal.

Risk factors for anorexia nervosa include a first-degree relative with anorexia; individuals with Type 1 diabetes, particularly females; adolescents involved in a sport burning more calories than they are taking in; and a history of dieting.

“For the majority of adolescents, dieting is inappropriate. This is a period of growth; this is a period of development. We know they have increased caloric needs,” Dr. Badal said. “Many people will diet and not develop anorexia, but for some people, those behaviors then become more obsessive and lead to these really intense eating disorder cognitions and beliefs.”

Potential physical exam findings for someone with anorexia nervosa:

According to a position paper from the Society for Adolescent Health and Medicine, any one of these findings could justify hospitalization:

Outpatient management is focused on medical stability, with frequent weight and vital checks. The goals are weight restoration and, for females, the resumption of spontaneous menses. The majority of treatment occurs in a psychologic or therapeutic setting.