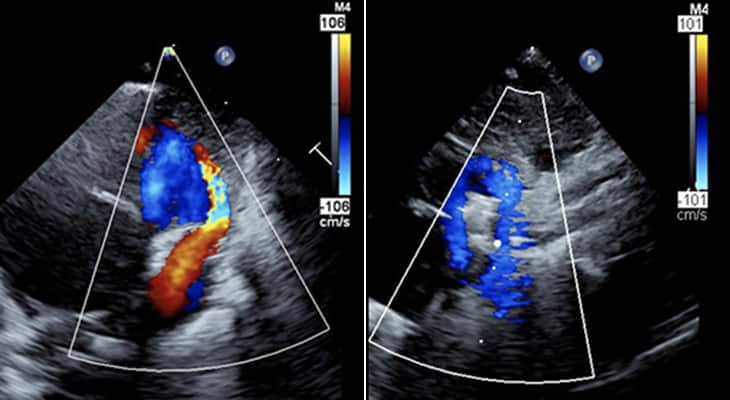 A girl born at 26 weeks’ gestation due to premature labor and prolonged premature rupture of membranes. At birth she weighing 891 grams.

The mother received appropriate dose of steroids prior to giving birth, and the baby was intubated shortly after birth) and given surfactant with a second dose given at 12 hours. She was then weaned to noninvasive positive pressure ventilation (NIPPV), but one week later required increasing support and was again intubated. This progressed to requiring high frequency jet ventilation.

After a second attempt at weaning from respiratory support, she stalled. She had a screening echocardiogram due to her prematurity at 1 week old that showed a large patent ductus arteriosus (PDA). Medical treatments with acetaminophen and ibuprofen were attempted once each, but she continued with a large PDA. Despite attempts at fluid restriction and diuresis her echocardiogram began to show signs of significant left ventricular volume overload.

She was not progressing on her ventilator weans and was increasing on support for the third time. This in combination with poor weight gain and significant left heart enlargement suggested that her PDA was clinically hemodynamically significant and most likely playing a role in her inability to progress. After discussion with cardiology, interventional cardiology and the neonatal intensive care unit, the decision was made to occlude the PDA. 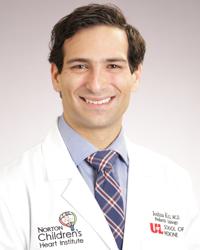 She was taken to the catheterization lab at age 5 weeks weighing 1,100 grams. Induction of anesthesia was uncomplicated. Access was obtained in the right femoral vein. The PDA by echocardiogram measured 2.1 mm at its narrowest and by angiography measured 1.7 mm. The PDA was occluded successfully with a 4-4 mm Piccolo duct occluder. Echocardiogram during the procedure showed no residual PDA, no obstruction to the left pulmonary artery, no obstruction to the aorta and no damage to the tricuspid valve.

She has been able to wean off her ventilator and was extubated on post-catheterization Day 4. She has continued to wean from respiratory support, and her growth velocity has improved — gaining more weight in the first days post-procedure than she did in the first 5 weeks of life. 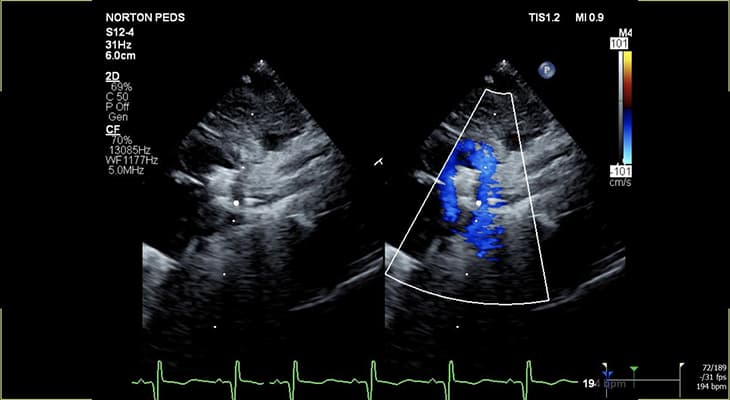 Echocardiogram images in high parasternal view showing the Piccolo device in appropriate location with no residual patent ductus arteriosus. Flow can be seen in the left pulmonary artery without evidence of obstruction.