Services treat pregnant women with substance use disorders and their babies

Services treat pregnant women with substance use disorders and their babies 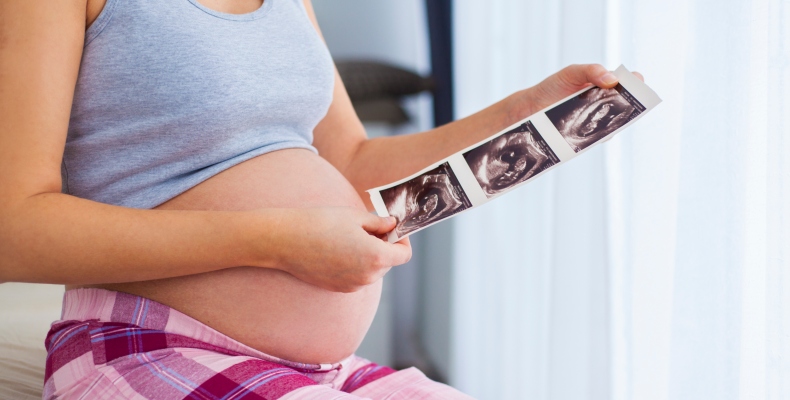 The opiate epidemic has changed the face of prenatal and perinatal care, and Norton Healthcare has special programs in place to help mother and child confront drug-related health issues.

The Norton Maternal Opiate and Substance Treatment (MOST) Program is designed to reduce the stigma for pregnant women with substance use disorders by providing prenatal and addiction treatment in the same clinic as other women with high-risk pregnancies. They do not have to go to a separate facility for addiction treatment.

“There’s a lot of shame and guilt about their addiction,” said Jonathan W. Weeks, M.D., medical director of the MOST Program.

Being pregnant and addicted heightens their shame. As a result, many of these women hide their addiction from family and friends, fearing legal consequences such as losing their job or custody of their children, Dr. Weeks said.

With the MOST Program, patients not only receive treatment from highly trained professionals, but they are treated with kindness and not judgment, Dr. Weeks said.

“In the throes of addiction, they love the baby but they are unable to act on it,” he said. “Many folks don’t understand that the patients have lost control. They’re not making a calculated decision to keep using.”

Pregnant women with substance use disorders also may have medical conditions, such as hepatitis, bacterial infections or poor nutrition that can jeopardize their health or the health of their unborn baby. Like other women with high-risk pregnancies, MOST Program patients receive care in the maternal-fetal medicine office at Norton Women’s & Children’s Hospital. Prenatal and addiction medicine care are provided in an obstetrical setting, where an emphasis is placed on substance use disorder recovery to enhance parenthood and enrich the lives of the affected children.

“After a couple of visits, they can tell we genuinely are trying to help,” Dr. Weeks said. “There’s a big change that comes over them, over time.” Once the addiction is under control, they are better groomed and their behavior is a lot more predictable and stable, he said.

Before the MOST Program, Dr. Weeks said opiate-addicted moms typically did not seek prenatal care until 24 to 26 weeks’ gestation. During the first year after the program opened, two-thirds of the women entered prenatal care at fewer than 20 weeks.

Dr. Weeks said the program works for about 70 percent of the women. For the remaining 30 percent, some will return for a subsequent pregnancy and successfully treat their addiction.

“When we ask what we could have done better, every one of the patients I asked said, ‘I just wasn’t ready,’” he said. “If you give everybody a chance, if you treat everybody with respect and warmth, then they’re not going to hesitate to come back. I think that’s the lesson learned.”

Babies born to mothers who used opiates such as heroin or oxycodone during pregnancy are at risk of going through withdrawal at birth, a condition called neonatal abstinence syndrome (NAS).

Even mothers who sought treatment for their substance use disorder during pregnancy and received methadone or buprenorphine (Subutex) are at risk of giving birth to babies with NAS.

When babies are born to mothers using opiates, they are assessed using a scoring system to understand the severity of their condition. Many techniques are implemented from birth to comfort and console infants with NAS in an attempt to effectively treat them without the use of medication.

Dr. Forbes and Michael Detmer, a NICU music therapist, have worked together to incorporate music as a comfort measure for these infants. The goal is to keep them from needing the NICU.

“The big thing we really worry about is when they are not eating or sleeping and crying a lot, they can become quite sick as their symptoms escalate,” Dr. Forbes said. “When that happens, the level of care needs to escalate.”

In the NICU, caregivers use dual first-line therapies, morphine and clonidine, to treat withdrawal symptoms; increase feeding and sleeping; decrease crying; and minimize tremors, excoriation, tone, sneezing and yawning. The babies are then tapered off the drugs.

Birth to discharge for these babies is 13 to 17 days at Norton Children’s, one of the best rates in the nation, Dr. Forbes said.

“We try really hard to engage families early with prenatal consultation and keep mom and dad as part of the day-today care team and the decision-making process,” she said. “Studies have shown that babies who have engaged parents do better long term than babies taken care of primarily by
the medical staff.”