Use of hormonal contraception in women with migraine

Use of hormonal contraception in women with migraine 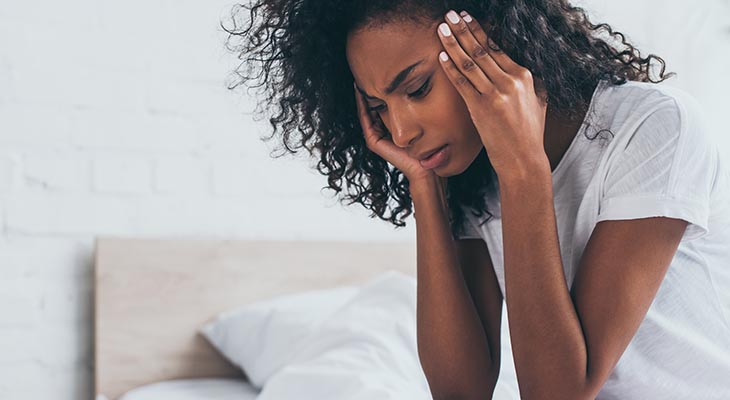 The prevalence of migraine peaks in women during their primary reproductive years, and during this same time, many women will choose to use some form of contraception to either control symptoms of dysmenorrhea or to prevent pregnancy. There has been significant controversy regarding the use of hormonal contraception in women with migraine. The products available to women have changed over time, and the knowledge about the associated risks of their use has, as well. However, for many the stance regarding their use has not changed.

Without question, migraine with aura confers an increased risk of stroke among young women2; however, the additive effects of oral contraceptives are not clear, and the available products for use in women have changed over time. Much of the data on women and stroke has been difficult to fully interpret, as there is heterogeneity among the different studies, including variances among the dose of estrogen taken as well as other vascular risk factors, including smoking status and hypertension. A recent case control study found that adding on oral contraceptives did not increase the risk of stroke in women with migraine with aura. However, smoking, in addition to taking OCPs, did increase the risk significantly3.

The overall risk of stroke in young women is extremely low, approximately five to 10 cases per 100,000 woman-years4; which makes designing well-controlled trials that examine the effects of other co-existent variables difficult.

Like most situations in medicine, there is not necessarily one right answer that applies to all patients. For women who have migraine with aura, it is important to identify and have a conversation with them that they have a condition that does increase their risk of stroke (reiterating that the overall risk is extremely low) and that modifiable risk factors (hypertension, smoking, obesity, etc.) should be addressed and treated perhaps more aggressively than women without migraine with aura. Additionally, there are some gynecologic conditions where combined hormonal contraceptives are advantageous, compared with other treatment options. A thorough conversation regarding inconsistent data, and perhaps recent more reassuring data, should not necessarily always prohibit the use of these treatments.

Hopefully, in the future there will be additional epidemiological studies that help clarify this commonly encountered and somewhat confusing clinical scenario that will allow ACOG to update their position on this matter.

To refer a patient to Norton Neuroscience Institute, click here.