Limping child red flags: What not to overlook as signs of serious conditions

Limping child red flags: What not to overlook as signs of serious conditions

Stress fractures are common in childhood and can progress to complete fracture. Why X-ray may not help and how to spot more serious causes. 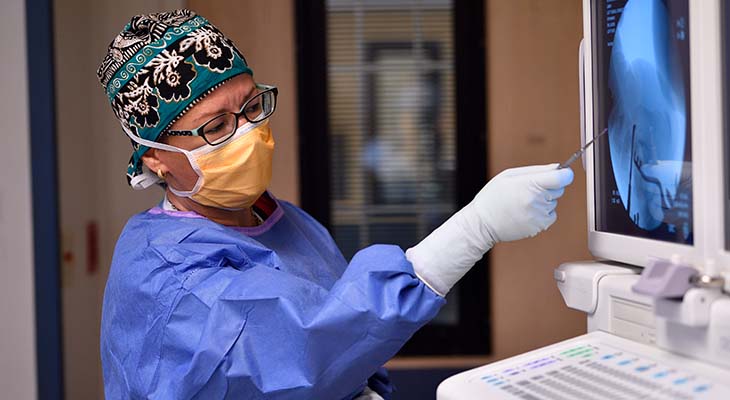 When a child who plays sports is limping, it’s often the result of a sprain or an overuse injury, but there are more serious injuries and conditions a clinician should consider.

“In many cases there is at least some trauma, whether you just stubbed your toe or broke your ankle, so trauma — especially in an orthopedic office — is the No. 1  thing we’re looking for,” said Laura K. Jacks, M.D., a pediatric orthopedic surgeon with Norton Children’s Orthopedics of Louisville, affiliated with the UofL School of Medicine.

Most commonly, the injury occurs from the knee down. When fractures occur, they usually involve the tibia or foot.

“One thing always to keep in mind is that not all fractures are visible on X-ray,” Dr. Jacks said.

This is especially true in younger patients. Also, clinicians also should keep in mind that it’s not always easy to tell the difference between a septic joint and an occult fracture.

No matter what the X-ray shows, a clinician needs to test the bone to see if it is broken, according to Dr. Jacks. Also, even with a negative X-ray, sometimes the pain warrants splinting or bracing.

Stress fractures are common in childhood and can progress to complete fracture. Stress fractures can happen almost anywhere but most often are found on the second  metatarsal, the femoral neck or the tibia, according to Dr. Jacks, who presented at a continuing medical education opportunity, “Is Your Child’s Limp Due to a Sports Injury?”

Children who start a new and rigorous sport, or play two sports at the same time, or go straight from one sport to another without a break have a greater risk of a stress fracture, which typically presents as a waxing and waning pain.

A child who comes in repeatedly with fractures may be a victim of child abuse or, less likely, have underlying osteogenesis imperfecta, according to Dr. Jacks.

“I think it’s a good idea, if it crosses your mind, to evaluate for child abuse,” she said.

That entails getting pertinent injury films, a skeletal survey and arranging for a social services consult.

In Kentucky, all individuals are considered mandatory reporters and are required by law to report suspected abuse or neglect.

If a child is in immediate danger, call 911.

For guidance regarding evaluations and how to report child maltreatment concerns

Everyday practice, everyday contact, everyday twisting in a sport like soccer is going to result in injuries. Some of them are going to present as muscle strain, which can be painful and extremely limiting.

For example, a rectus femoris strain — which can happen in soccer while kicking with the hip flexed — makes running, climbing or descending steps, and even walking, painful. The only solution is rest.

“The treatment is you’ve got to just not do anything for weeks until it heals, and then you have to slowly work your way back into the game,” Dr. Jacks said.

What often is called a sports hernia isn’t a hernia at all but a muscle strain: athletic pubalgia. To recover, young athletes need to sit out for three months, with no physical therapy, stretching, or strengthening exercises, according to Dr. Jacks.

“It’s not a hernia. It’s not going to get fixed surgically. It’s time that it takes to get it better,” Dr. Jacks said.

Childhood limps that are the result of congenital conditions, developmental issues and arthritides may go unnoticed until children start playing sports.

Septic hip and toxic synovitis have similar presentations, primarily a refusal to bear weight. Patients with septic hip, however, are febrile, have a high erythrocyte sedimentation rate and C-reactive protein, and a high white count. These are all normal with toxic synovitis.

Legg-Calve-Perthes disease is avascular necrosis of the femoral hip in children. Some of the children have vasculitis tendencies for a clotting issue before developing the condition, while others do not.

“By and large, the great majority of them have no risk factor for having clotting or any kind of vascular issue,” Dr. Jacks said.

Legg-Calve-Perthes disease usually does not happen before age 3. If it presents before age 8, there is a significantly better prognosis. The entire course of the disease lasts approximately three years before it completely resolves. After the onset of puberty, it is called avascular necrosis, with the same poor prognosis as adults.

Both bracing and surgery can put the hip ball deeper in the socket, and both can be effective, according to Dr. Jacks.

Slipped capital femoral epiphysis (SCFE) presents as a child having one foot turned out and having a little bit of difficulty walking well. Children with SCFE almost always point to their knee as the source of the pain, according to Dr. Jacks.

“Always make sure you look at the hips when they present with knee pain. At least by exam, check and make sure when you rotate the hips, you’re not exacerbating the pain,” Dr. Jacks said.

In some cases, SCFE can be repaired surgically with a single screw.

An apophyseal avulsion can cause a pronounced limp. Apophyses are common around joints, most often around the ankles and the pelvis.

Leg length discrepancy also can cause a limp. Clinicians should check to see whether there was a previous injury, whether the hip is dislocated, whether feet and hands are symmetric, whether there are other limb issues or cardiac or pulmonary issues, or whether the child has scoliosis.

Imaging bone leg length discrepancy is best done with a standing film of the legs, either a scanogram or CT scanogram, according to Dr. Jacks. Femoral and tibial lengths should be measured clinically, with the most accurate measure being anterior superior iliac spine (ASIS) to medial malleolus.

In children with proximal focal femoral deficiency (PFFD), surgeons can implant a rod that slowly lengthens the femur over time until the leg length is normal.

At Norton Children’s Orthopedics of Louisville, the team of pediatric orthopedic surgeons treats sports injuries. The team specializes in knee meniscus injuries, anterior cruciate ligament (ACL) tears and other sports injuries. The providers are specially trained to treat these injuries without injuring the growth plates.