He spends the majority of his time treating patients with arterial issues such as cerebral vascular disease, peripheral arterial disease and aneurysms. 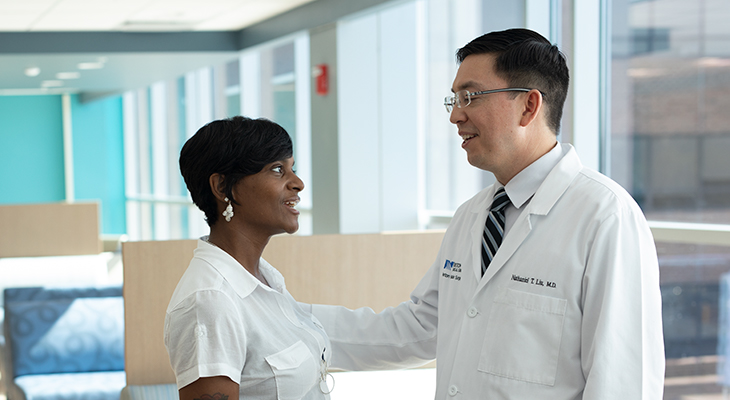 When vascular surgeon Nathaniel T. Liu, M.D., sees patients, one of his goals is to communicate and help them understand their treatment options. Hearing a doctor explain arterial blockages or how damaged veins are responsible for leg pain can be a bit confusing and even scary to a worried patient. But knowledge, as they say, is power, so Dr. Liu conveys that knowledge in an easily digestible form, using diagrams and some creative analogies.

“Basically, I am a plumber. I like to think about the issues with arterial blood flow as water in a house,” said Dr. Liu, of Norton Vascular Surgery.

“Often I am fixing the pipes in the house and the issues of fluid getting from point A to point B. I have different tools in my toolbox, like a plumber. I can use minimally invasive endovascular techniques like wires and catheters, balloons and stents to clear out those pipes,” Dr. Liu said. “Or, I can use open surgical procedure such as bypass, where I literally replace the pipes to get past blockages.

The plumbing analogy is accompanied by an easy-to-understand drawing he does for each patient. But along with this kind of one-on-one communication, listening carefully to his patients is an important part of his conversations with them.

“I try to educate them on how their healthy choices, comorbidities and activities are affecting their outcomes,” he said. “I tailor my treatment plans for them using the best option, whether it be open surgery, endovascular procedure or medical therapy as well. Getting them well is about them becoming a partner in their treatment.”

An extensive toolkit is necessary as Dr. Liu treats a wide range of conditions. He spends the majority of his time treating patients with arterial issues such as cerebral vascular disease, peripheral arterial disease and aneurysms. These patients tend to be older, and their conditions are often related to hypertension, hyperlipidemia, diabetes and smoking.

Dr. Liu splits his time seeing patients in the clinic, operating, and caring for inpatients in the hospital. He also serves two outreach clinic locations once a month for patients in Greensburg and Leitchfield, Kentucky. Dr. Liu performs minimally invasive endovascular procedures and open surgical procedures at four Norton Healthcare hospitals in Louisville.

Putting the squeeze on

Beyond surgery and medication, lifestyle changes also play an important role in in venous disease, and Dr. Liu leads by example.

“I wear compression stockings every day. I’m on my feet in clinic and in the operating room. I tell patients to wear them as consistently as underwear,” he said. “If you’re wearing underwear, you should be wearing your stockings.”

Compression stockings are just one example of the medical therapy that Dr. Liu discusses with every patient. Other examples include elevation, skin care, being a healthy weight and exercise. 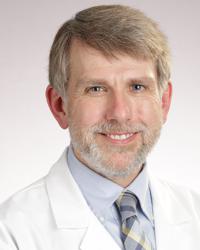