New clinic will focus on treating epilepsy patients through diet

New clinic will focus on treating epilepsy patients through diet 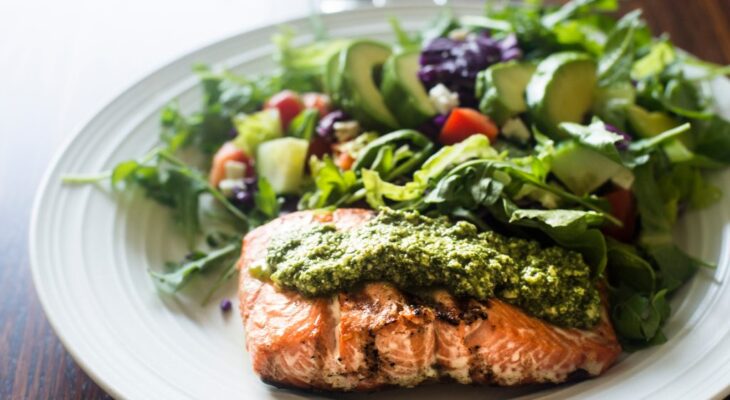 In 2019, Norton Neuroscience Institute will open a Ketogenic Clinic — the latest expansion in epilepsy services for adults.

The Ketogenic Clinic is founded on scientific research and will assist patients in following a traditional ketogenic diet to improve symptoms. A ketogenic diet traditionally holds a 3:1 or 4:1 ratio of fats to carbohydrates plus protein.

Evidence that fasting caused a decrease or stopped seizures dates as far back as the time of Hippocrates in 500 B.C.1 In the 20th century, physicians noted the effect of fasting and diets that mimicked fasting in controlling epilepsy. Samuel Livingston, M.D., published efficacy data in 1954 and 1972, reporting that over time in more than 1,000 children treated with the ketogenic diet, 52 percent achieved freedom from seizures and 27 percent achieved improved control over seizures.

“Ketone body metabolism … provides acetyl-CoA to the citrate synthetase reaction, in the process consuming oxaloacetate and thereby diminishing the transamination of glutamate to aspartate, a pathway in which oxaloacetate is a reactant. Relatively more glutamate then is available to the glutamate decarboxylase reaction, which increases brain [GABA]. Ketosis also increases brain [GABA] by increasing brain metabolism of acetate, which glia convert to glutamine. GABA-ergic neurons readily take up the latter amino acid and use it as a precursor to GABA. Ketosis also may be associated with altered amino acid transport at the blood-brain barrier. Specifically, ketosis may favor the release from brain of glutamine, which transporters at the blood-brain barrier exchange for blood leucine. Since brain glutamine is formed in astrocytes from glutamate, the overall effect will be to favor the release of glutamate from the nervous system.”5

A further mechanism of action was proposed this year in the journal Cell stating that the ketogenic diet actually modifies the gut microbiome, shifting the balance in neurotransmitters by decreasing the output of glutamate (excitatory) and simultaneously increasing the output of inhibitory GABA.6

The following questions often are asked:

No, treating adult epilepsy with the ketogenic diet has been reported as early as 1930 in the Journal of the American Medical Association.

Some studies indicated that the ketogenic diet was more effective in younger children than in older children or adults.7,8 More recent studies indicate similar efficacy.9 Some reasons for failure in older children and adults are difficulty maintaining the ketogenic diet, which is why offering alternatives with similar efficacy (such as the modified Atkins diet) is important for adherence and effectiveness.

In short, most adults with refractory epilepsy are eligible for diet therapy, and it should prove as effective as medication, based on reported findings. The aim is to use the diet as an adjunct to medical therapy. Given the serious side effects of some anti-epileptic drugs, the addition of an alternative modality can be appealing.

The Norton Neuroscience Institute Ketogenic Clinic will be staffed by three neurologists with advanced specialization in epilepsy, three acute care nurse practitioners and two registered dietitians. The plan is to have monthly group education seminars and follow-up appointments led by Ketogenic Clinic staff for approved patients.

Norton Neuroscience Institute is home to a Level 4 Comprehensive Epilepsy Center, caring for patients with refractory epilepsy, who are pregnant and who have other comorbidities that require close monitoring. We offer comprehensive epilepsy evaluations for those who have failed two or more antiseizure medications and may be candidates for surgery or other treatments.

If you have a patient who may benefit from the ketogenic diet or needs evaluation for more effective treatment of seizures, refer them to Norton Neuroscience Institute here.