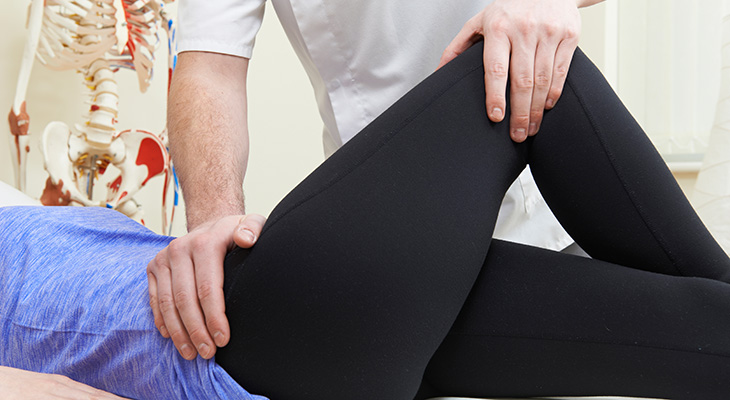 Most hip replacements performed by Norton Orthopedic Institute are now outpatient. The patients like it because they get to sleep in their own bed, and their recovery and outcomes are at least as good as when they spent a night in the hospital.

The change has been the result of a lot of small tweaks to how we do things — anesthesia, preoperative and postoperative nursing, operating room management, and physical therapy.

We’ve adjusted medications before surgery to get on top of pain, so when patients get out of surgery, their pain is under control. Anesthesia has made adjustments, so patients are less groggy and experience less postoperative nausea and vomiting.

When patients leave recovery for phase two, they are transported in a rolling recliner chair, where they remain until they work with physical therapy and are discharged home. Having the patient sitting upright when they leave recovery speeds the recovery process.

Nurses walk patients to the restroom soon after surgery, and physical therapy sees patients within a couple of hours of surgery to make sure they can walk up and down stairs before they are discharged.

Patients are typically home within four to five hours after surgery is complete.

From the patient’s perspective, everything from the arrival at the hospital through surgery is the same. It’s only what happens after surgery that has changed to streamline the process. If they are covered by insurance and have a copay, having the procedure as an outpatient probably saves them some money, too.

To refer a patient to Norton Orthopedic Institute, visit Norton EpicLink and open an order for Orthopedic Surgery.

Ramping up to outpatient hip replacement

At first, when we made the switch to outpatient hip replacement, patients were a little nervous. Now, it’s the standard of care across the country, and patients see going home the same day as a badge of courage after such a big operation.

Right now, about 70% to 75% of hip replacements we perform are outpatient. Patients who do not qualify for outpatient hip replacements have a lot of comorbidities, are older or do not have enough support at home. Someone who has been on a walker long term and is already less mobile sometimes needs a night in the hospital as well.

The transformation of hip replacement surgery in the last decade has been remarkable. Ten years ago, not only were all hip replacements inpatient procedures, half of our patients would go to rehab for a week or two. Now, patients go home the same day, and they recover faster too.