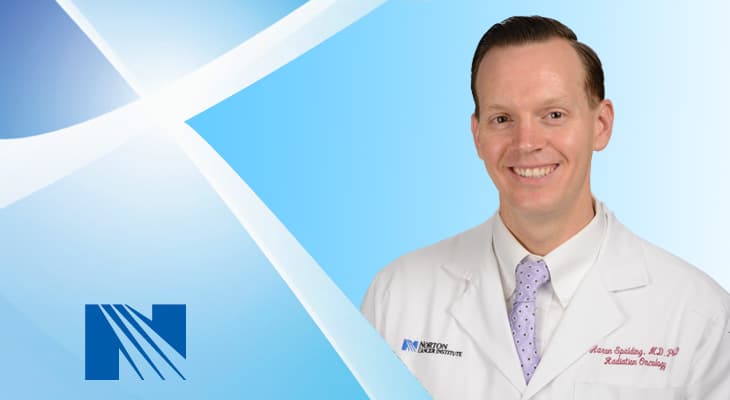 Stereotactic ablative radiation therapy (SABR) is playing an important role in treating oligometastatic patients with breast, lung, colorectal and prostate tumors, according to a review of published literature. With each of these cancers, SABR showed benefits for oligometastatic patients, defined as one to five metastases in one to three organs.

SABR gives some patients with oligometastatic cancer a better chance of overall survival, progression-free survival, and better local control with their disease. But predicting who will benefit most is difficult, according to Aaron C. Spalding, M.D, Ph.D., radiation oncologist with Norton Cancer Institute.

“There are factors we don’t yet understand that affect outcomes with SABR — either radiomic, genetic, epigenetic, biological or something else,” Dr. Spalding said.

SABR is precise, high-dose external beam radiation therapy delivered to an extracranial target within the body. SABR allows for simultaneous treatment in different organs, is noninvasive, has low toxicity and does not require hospitalization.

Moreover, SABR can be integrated with a multidisciplinary strategy that includes surgery, chemotherapy and targeted therapies.

After SABR, overall survival for metastatic breast cancer patients at two years ranged from 57% to 100%, while progression-free survival ranged from 16.6% to 65%.

The number of lesions was the key factor in determining the response to SABR. Multiple studies showed a single metastasis had better overall survival than multiple metastases. One retrospective analysis found a correlation between high RT (50 Gy10) and increased local control and progression-free survival.

With colorectal cancer, more than half of patients develop metastatic disease even after surgery. Liver and lung localization is a typical metastatic pattern. A surgical approach typically improves survival with liver and lung metastases.

When surgery is not feasible, SABR at two years provided local control for 32% to 53% of liver metastases, and 91% to 92% of lung metastases. Overall survival for pulmonary metastases treated with SABR was 81% at one year and 43% at five years.

The therapeutic approach to prostate cancer typically depends on the tumor burden, with androgen deprivation therapy (ADT), chemotherapy, and radiotherapy used alone or in combination.

With metastatic prostate cancer, the use of surgery or SABR “could delay progression of the disease, postpone the start of systemic therapy, and improve the patient’s quality of life and survival,” according to the review, published recently in Cancer Management and Research. In one prospective trial, patients undergoing surgery or SABR showed a median ADT-free survival of 21 months, compared with 13 months for the surveillance group, in patients with three or fewer lesions.

Half of patients with non-small-cell lung cancer (NSCLC) have metastatic disease at the time of diagnosis. At one year, local control rates after SABR ranged from 84.3% to 91.9%, with overall survival ranging from 67% to 81.5%. The number of metastases was the determining factor.

In patients with metastatic, persistent, recurrent ovarian cancer, radiotherapy has played an increasingly central role in treatment, in conjunction with surgery, chemotherapy and target-based medicine. A multicenter trial found SABR was safe and worked best in younger patients (under 60), those with lower tumor volume, lymph node disease, and those who received a biologically effective dose greater than 70Gy. 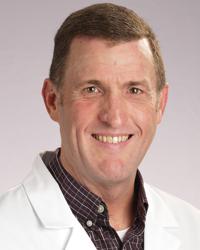