In Black patients and other people of color, subclinical or borderline hypertension even in young patients warrants medical therapy as early as possible. 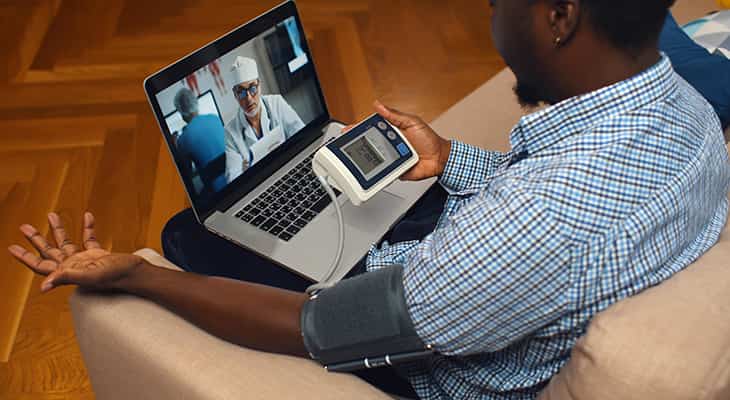 In Black patients and other people of color, subclinical or borderline hypertension even in young patients warrants medical therapy as early as possible, according to Kelly C. McCants, M.D., executive medical director of the Norton Heart & Vascular Institute Advanced Heart Failure & Recovery Program.

The conventional therapy of diet, weight loss and exercise won’t be enough to address accelerated progression to cardiomyopathy in these patients.

“As providers, when the blood pressure is borderline, we don’t always get alarmed, but in certain patient populations, we should probably pay a little more attention,” Dr. McCants said.

According to Dr. McCants, who also is executive director of the Institute for Health Equity, a Part of Norton Healthcare, the ideal target for blood pressure depends on the patient. For African Americans, the target should be under 120 for systolic and under 75 for diastolic.

“I’d like to get that blood pressure as low as possible in people who have a substrate for stroke and other comorbidities that can affect them long term,” Dr. McCants said during a recent continuing medical education opportunity, “Clinical Case Review: The Dangers of Subclinical Hypertension — The Great Mimicker.”

“When we start thinking about the burden of hypertension, we’re concerned about stroke and kidney function, but really, what we’re hoping to prevent is a diagnosis of heart failure,” he said.

To underscore this point, Dr. McCants pointed to the case of a 37-year-old African American man who presented with chest discomfort, shortness of breath, pain radiating to the jaw and down his left arm, and palpitations.

The patient appeared to be a textbook case of acute coronary syndrome, but his echocardiogram (EKG) was abnormal and his basic metabolic panel showed protein in his urine.

“That type of end organ damage means something that’s been going on for quite a while,” Dr. McCants said.

The patient’s blood pressure was a little high, 140/80. Looking at his history, the patient had two years of subclinical hypertension that went untreated. The coronary angiogram showed no significant coronary disease, and the CT scan showed clear and open pulmonary arteries.

An EKG showed the wall of the endocardium was thick, consistent with hypertension, and a CT scan showed ventricle walls that were extremely thick.

“You don’t get these changes overnight,” Dr. McCants said. “So, when I see this, it is truly what I would deem as end organ damage from hypertension or a ventricle supporting high blood pressure for a long time.”

According to Dr. McCants, a takeaway from the case is that there can be significant left ventricular hypertrophy even with what is considered subclinical hypertension.

Primary care physicians with patients presenting repeatedly with borderline hypertension should look for secondary causes of hypertension or refer on to a cardiologist when the EKG is abnormal or when patients have protein in their urine, according to Dr. McCants.

“No one who has a normal blood pressure should be spilling protein in their urine,” he said.

“If that patient comes in on a decent dose of either one of those medicines and the blood pressure’s not optimal at the next visit, I wouldn’t hesitate to start a second agent,” Dr. McCants said.

Younger patients may balk at a single medication, let alone two, but according to Dr. McCants, educating these patients on how uncontrolled hypertension long term can lead to dialysis, stroke or an early death, can help with compliance.