Update on antenatal corticosteroids in women at risk for preterm delivery

Update on antenatal corticosteroids in women at risk for preterm delivery 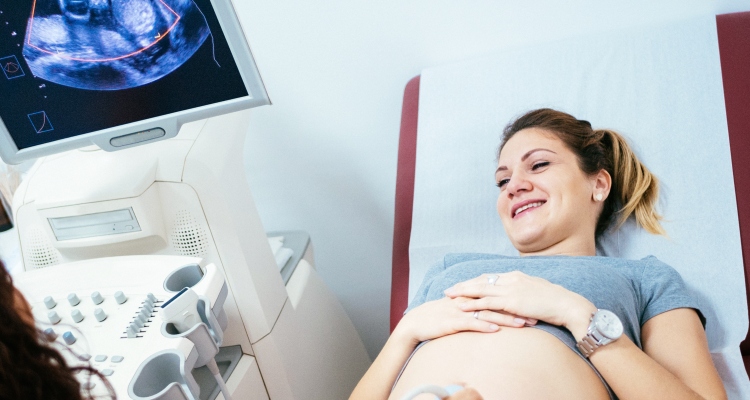 Liggins and Howie’s landmark paper in 1972 demonstrated that a single course of corticosteroids given to women at risk for preterm delivery reduced the incidence of respiratory distress syndrome and mortality in the offspring. After almost 50 years and a plethora of studies, the optimal timing of corticosteroid remains unclear.

The benefits of a single course of corticosteroids given between 24 0/7 and 34 0/7 weeks is well established, but more recent data suggest there is benefit when given as early as 23 0/7 or as late as 36 6/7 weeks.

The American College of Obstetricians and Gynecologists (ACOG) recommends:

The recommendation for corticosteroid as early as 23 0/7 weeks comes from data of an NICHD Neonatal Research Network observational cohort study that showed a reduction in death and neurodevelopment impairment at age 18 to 22 months for infants who were exposed to antenatal corticosteroids and born at 23 0/7 through 23 6/7 weeks of gestation. There was no significant improvement in outcomes to those between 22 0/7 through 22 6/7 weeks.

Recent data from the MFMU Antenatal Late preterm Steroids trial (ALPS), a double-blind, placebo-controlled, randomized trial, suggest that corticosteroids be given to women at risk for preterm delivery between 34 0/7 and 36 6/7 weeks who have not been treated previously with a course of steroids. No tocolytics were given. The primary outcome for this study was a composite of neonatal respiratory treatment in the first 72 hours, CPAP or high-flow nasal cannula for >2 hours, and supplemental oxygen with FIO2 ≥0.3 for ≥4 hours, extracorporeal membrane oxygenation, or mechanical ventilation, stillbirth or neonatal death within the first 72 hours of delivery. Composite morbidity was reduced in the corticosteroid-treated group, but the rates of RDS and mechanical ventilation were similar in both groups. The greatest effect of the ALPS study was in the reduction of transient tachypnea of the newborn, which is a mostly self-limited condition. Of importance, this trial did not include women with multiple gestations, women with pregestational diabetes, women who had previously received a course of corticosteroids and women who gave birth by cesarean section at term. The benefit in this population is unknown.

Although consideration for late preterm steroids has been endorsed by the Society for Maternal-Fetal Medicine and ACOG, this practice is not widely accepted among obstetricians due to known and unknown risks to the
children exposed to late corticosteroids. In the ALPS trial, the exposed infants had a higher incidence of neonatal hypoglycemia. There is no data on long-term neurodevelopment outcome of children exposed to
corticosteroids between 34 0/7 and 36 6/7 weeks. There is significant concern that during this gestational period that exponential brain growth is occurring and might be inhibited by the administration of corticosteroids. This arrest of brain growth could in turn lead to neurodevelopment delay. There are additional concerns that disruption of the normal fetal environment during this crucial time may also lead to changes in metabolic and cardiovascular functions.

Norton Children’s Maternal-Fetal Medicine specialists currently do not endorse the practice for the administration of antenatal late preterm steroids until further studies can confirm its safe use.

To refer a patient to Norton Children’s Maternal-Fetal Medicine, click here for the online referral form, make a referral through Epic or call (888) 4-U-NORTON.