Patients with A-fib have a five-times-higher risk of stroke on average. 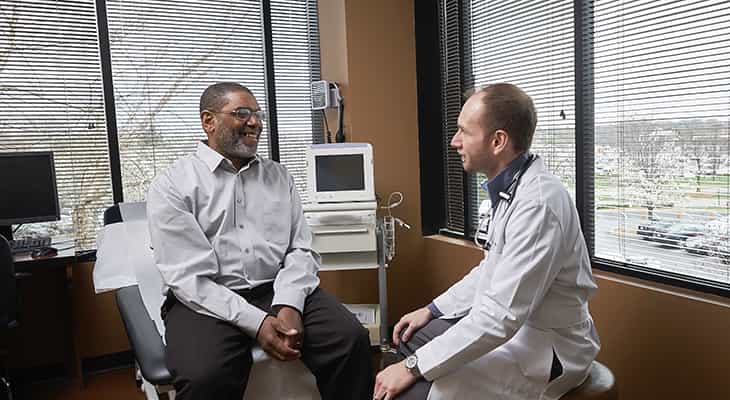 For patients with atrial fibrillation (A-fib) not caused by a heart valve issue, with at least moderate risk of stroke and issues taking long-term blood thinners, the Watchman device offers an alternative. The left atrial appendage (LAA) closure device significantly lowers stroke risk and can reduce or eliminate the need for long-term anticoagulation.

The second generation of Watchman — the Watchman FLX — has an updated design, approved by the Food and Drug Administration in July 2020, that is rounder and more maneuverable within the heart, reducing the risk of complications during implant. It’s also fully recapturable and can be redeployed and repositioned as needed to ensure optimal placement in the heart. The broader range of device sizes provides greater flexibility to adapt to the patient’s anatomy.

Current Centers for Medicare & Medicaid Services guidelines require the patient to have a CHADS2 score of ≥ 2 or a CHA2DS2-VASc score of ≥ 3 for reimbursement. Our team of providers will meet with the patients and guide them through a shared decision-making process.

We discuss the risks and benefits of each approach as it applies to that patient, including stroke risk, bleeding risks and the one-time risk of procedural complications. Ultimately, patients decide what is right for them through this decision process.

Boston Scientific, which makes the device, reported a procedure-related major advers event rate for the Watchman FLX of 0.5%, and at one year 100% successful LAA closure. Earlier data from the company showed that Watchman was roughly equivalent (non-inferior) to being on warfarin for stroke prevention. It also showed that the device reduced major bleeding by 72% and reduced disabling or fatal strokes by 55% at five years versus an untreated population.

At Norton Heart & Vascular Institute, we implanted our first Watchman device in February 2016. We implanted our 200th device earlier this year and expect to reach the next 200 by the end of 2022.

Norton Heart & Vascular Institute is also the only site in Kentucky participating in the CHAMPION-AF trial, an important randomized study that will compare the Watchman FLX device to newer direct oral anticoagulants. Your patient may be right for this study if they are seeking an alternative to long-term anticoagulation but may not have had a qualifying bleeding or at-risk event as we would need for a traditional Watchman implant.

If you have a patient whom you think may be right for Watchman implant, or for consideration for the CHAMPION-AF trial, please let us know, and we would be happy to evaluate them.