When to refer a patient with an imperforate hymen

When to refer a patient with an imperforate hymen

An imperforate hymen is a vaginal abnormality that may be discovered at birth or later during puberty. 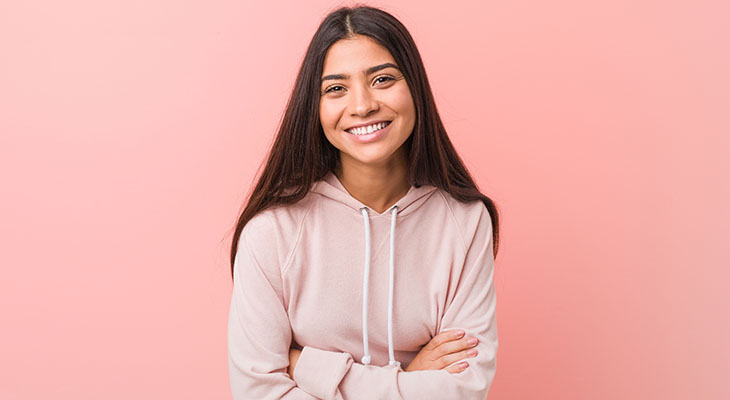 An imperforate hymen is a vaginal abnormality that may be discovered at birth or later during puberty. It is the most common type of vaginal blockage that eventually requires a corrective surgical procedure, which is usually deferred until puberty.

When an imperforate hymen is found in a neonate, it is important to assess for obstruction.

“You can very easily assess for obstruction with a rectal exam. Just palpate up to see if there is some kind of mass that is there. If there is — and usually it’s mucocolpos, or mucus that’s filled up behind it — that might need to be drained. A pelvic ultrasound also may be used,” said Yuan Yuan “Jackie” Gong, M.D., pediatric gynecologist with Norton Children’s Gynecology, affiliated with the UofL School of Medicine.

In newborns, mucocolpos from an imperforate hymen usually subsides on its own within a month after delivery, so it usually does not require any inteventions, according to Dr. Gong.

To refer a patient to Norton Children’s Gynecology, visit Norton EpicLink and open an order for pediatric gynecology.

If an adolescent presents with an imperforate hymen, they should be referred to pediatric gynecology before Tanner stage 4 in order to prevent complications due to hematocolpos (menstrual blood in the vagina).

Adolescents with an imperforate hymen that goes undetected typically will present with several cyclic episodes of abdominal pain but no vaginal bleeding or menses.

Providers who are concerned about an imperforate hymen should conduct an external genitalia exam with adequate labial traction to visualize the hymen completely. If there is concern for a hymenal anomaly, a Q-tip can be used to gently assess the shape and patency of the hymen. A Q-tip exam is typically easy for children to tolerate, according to Dr. Gong. The Q-tip should be lubricated with gel or premoistened with warm water before checking for an obstruction.

When to refer to pediatric gynecology

Adolescents should be referred to pediatric gynecology before menarche.

“If they show signs of breast development or they’re already at Tanner 2 or 3, that’s a good time to send them over to us,” Dr. Gong said. “We can go ahead and start planning surgery for them so that they don’t have a problem with a hematocolpos due to an imperforate hymen.”

Around 20% of patients with an imperforate hymen will present with acute urinary retention, which is an indication for more urgent or emergency surgery.

Emergency symptoms may include:

Patients presenting with emergency symptoms will require a Foley catheter placement and hospital admission with plans for an earlier surgery.