Medical treatment for depression and anxiety in pediatric patients

Medical treatment for depression and anxiety in pediatric patients

Before beginning medical treatment for depression or anxiety in a child or adolescent, it is helpful to rule out medical conditions such as diabetes, vitamin D deficiency and abnormal thyroid levels 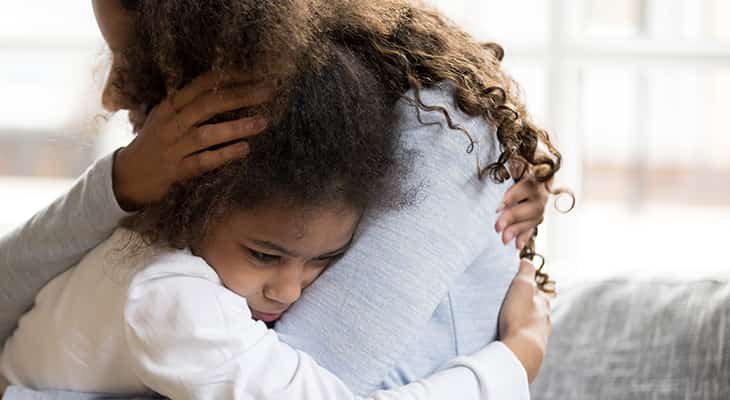 Before beginning medical treatment for depression or anxiety in a child or adolescent, it is helpful to rule out medical conditions such as anemia (checking iron, B12, and folate), diabetes, vitamin D deficiency and abnormal thyroid levels, according to Felissa P. Goldstein, M.D., child and adolescent psychiatrist with Norton Children’s Behavioral & Mental Health, affiliated with the UofL School of Medicine.

In some children, antidepressants may worsen symptoms. It is helpful to assess all patients for manic episodes in bipolar disorder. (Do they have any periods of elevated mood or irritable mood?)

Antidepressant/anti-anxiety medications should be started when the symptoms are impairing a child’s functioning, according to Dr. Goldstein, who’s also an assistant professor of pediatrics at the University of Louisville School of Medicine.

Examples could be a kindergartner who is anxious and crying every day, all day, six months into the school year; or a teenager who has become depressed, anhedonic and self-isolated, going from straight-A student to an “F” student.

“In some cases, for some patients, their depression or their anxiety may be so severe that they really won’t make any progress in therapy until we give them some medication to help improve their symptoms,” Dr. Goldstein said.

If the child or adolescent is threatening to kill themselves or kill others, this is a psychiatric emergency and requires immediate medical attention. It is best to bring them to the nearest emergency department — a children’s-specific hospital is preferable — for evaluation for psychiatric hospitalization.

Most selective serotonin reuptake inhibitors (SSRIs) work equally well, according to Dr. Goldstein. These include fluoxetine, sertraline, escitalopram and citalopram. SSRIs take four to six weeks to be fully effective and should be titrated until the symptoms resolve or they reach the maximum dose.

“I strongly recommend titrating the antidepressants to symptom resolution. The first dose the patient tries may not be the therapeutic dose. If the patient is having side effects like agitation, irritability, suicidal or homicidal ideation and insomnia, then the medicine should be stopped.

“For example, in a patient who starts fluoxetine at 10 milligrams, I would keep titrating the dose upward to 20 or 30 milligrams after six weeks, as long as there is small improvement. Also, keep in mind that anxiety disorders require medications at higher doses, whereas depression symptoms may lessen with lower doses,” Dr. Goldstein said.

One SSRI to avoid is paroxetine, because it has a very short half-life, according to Dr. Goldstein.

“What that means is when a kid takes it every morning and then they miss a morning, they’re going to be at high risk for withdrawal syndrome that day. It can feel like you have the flu, or electric shocks going down your legs.

“Prozac has a long half-life, with metabolites staying in the patient’s system for about 25 days.

“In patients who miss a dose here and there, it’s not that big a deal because the medicine is still in their system,” Dr. Goldstein said.

Common side effects of SSRIs include headaches, nausea, vomiting, upset stomach, diarrhea, agitation, irritability and insomnia. SSRIs interfere with platelets, so they can increase bruising. Sexual side effects include delayed ejaculation and orgasm. At doses over 30 milligrams, Celexa (citalopram) also carries the risk of prolonged QTc intervals.

“I’ve had people discuss with me that they have found Zoloft to be more agitating sometimes in kids,” Dr. Goldstein said.

Since 2004, many antidepressants, including SSRIs, contain black box warnings for children and adolescents alerting users to a risk of suicidal thinking, feeling and behavior. The black box came about after a meta-analysis found 4% of young people on SSRIs had suicidal thoughts, compared with 2% among those not on the medications. A follow-up meta-analysis found risk differences that were not statistically significant and no completed suicides.

“The take-home message has become that the benefits of the antidepressants still appear to be greater than the risk of suicidal ideation,” Dr. Goldstein said.

All patients should have a safety plan, including identified support systems and coping strategies, according to Dr. Goldstein.

Follow-up is scheduled four to six weeks after medication initiation to assess how well the medication is being tolerated, symptom status and presence of suicidal ideation.

“If they have suicidal ideation with a plan, you really need to send them to the emergency room right away for evaluation and probably admission,” Dr. Goldstein said.

An alternative to SSRIs

If patients have tried at least two SSRIs without therapeutic benefits, the next step is a serotonin norepinephrine reuptake inhibitor (SNRI). These drugs work on the norepinephrine and serotonin receptors together.

Once symptoms are in remission and after nine to 12 months of stability, then discussion about tapering can begin, according to Dr. Goldstein. The period of stability should be used to continue therapy and develop coping skills. Tapering should be slow and begin at a time that is not stressful in the life of the child.